“Another popular hypothesis is that squirrels just flat-out run a better PR operation. In other words, their superior status is not innate but cultural, resulting from a long history of favourable media depictions.”

– Science journalist Jacob Stern, trying to reconcile why rats elicit disgust from humans but squirrels are viewed as harmless (or even cute)
The Atlantic
08/07/2022
What Just Happened: 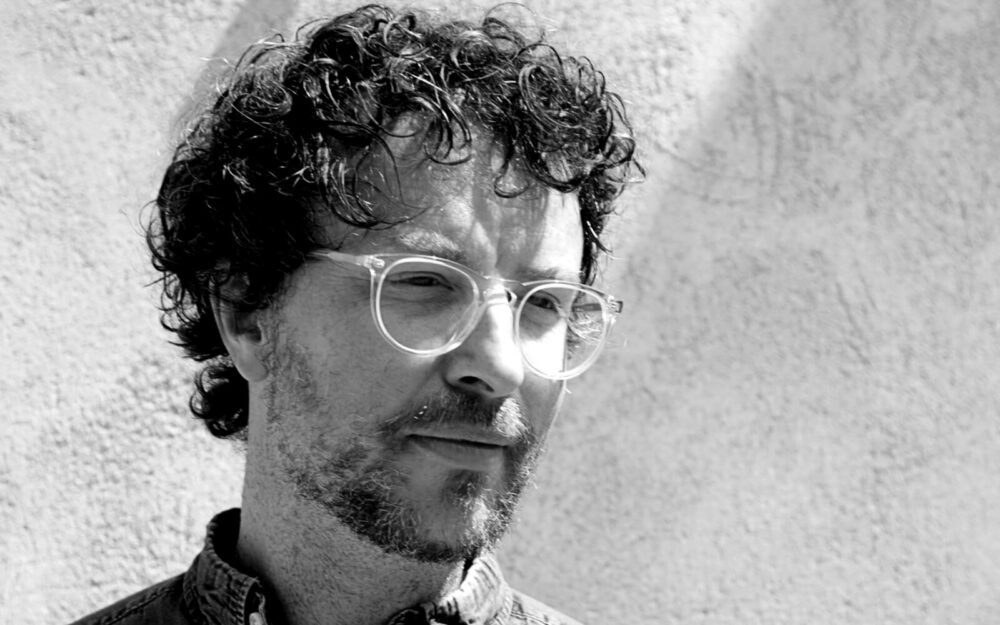 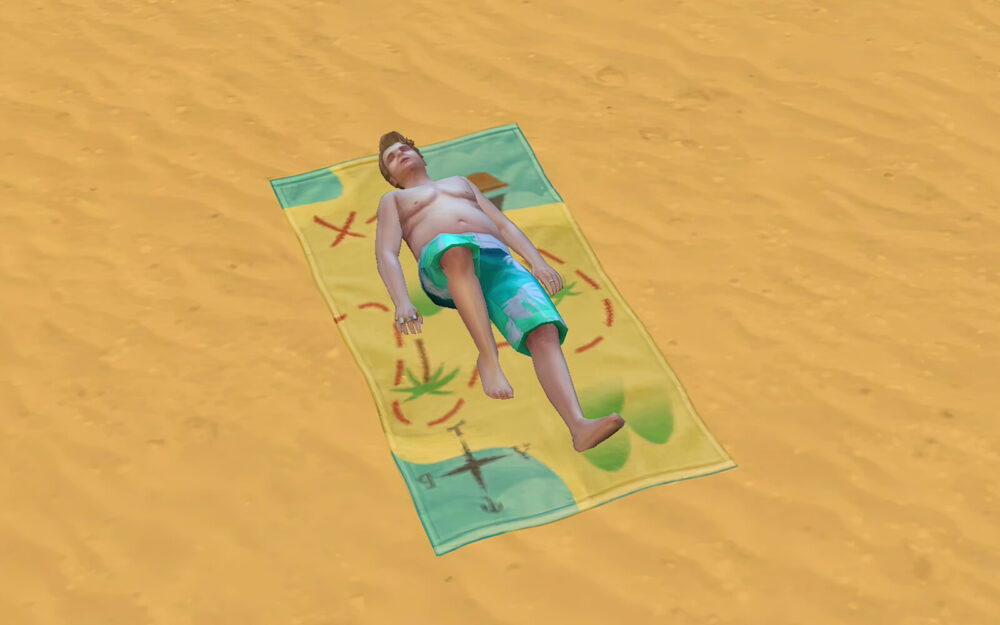 “The Stutter of History,” a retrospective of singular German sculptor-photographer Thomas Demand, opens at Shanghai’s Center for Contemporary Art (UCCA). Known for his meticulous cardboard reconstructions of real-world scenes, the show depicts “scenarios from the margins of historical events” including a meditation on the banality of Edward Snowden’s Russian hotel room (2021), and the squalor of the Stasi offices (1995, image), after being ransacked by German citizens. 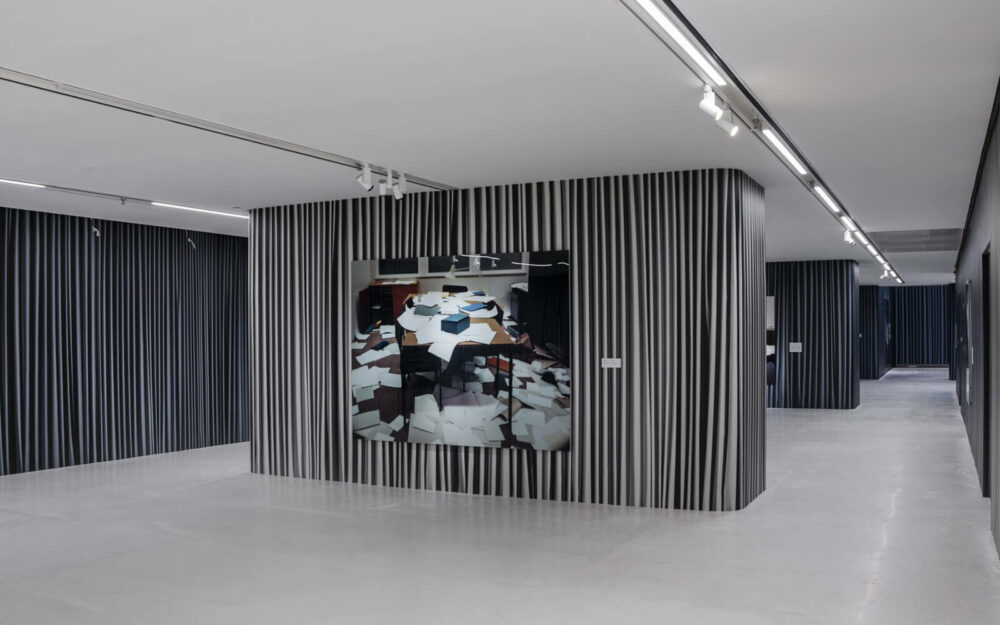 “These policies have been flawed, to say the least. There has to be a complete and total mindset shift. Otherwise one day we’ll turn on the faucet and nothing will come out.” 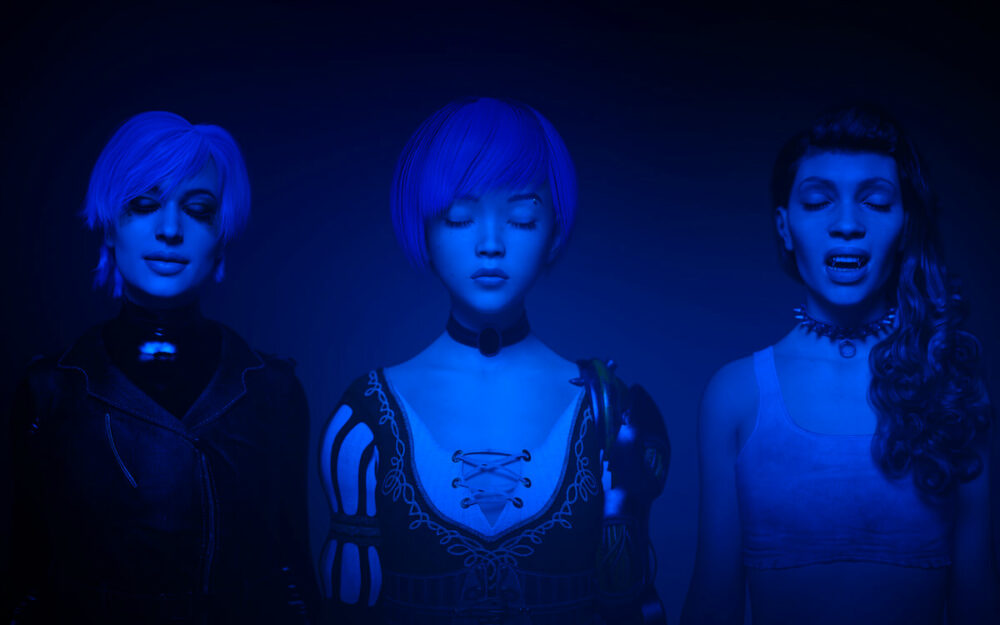 “Xenogenesis,” a retrospective of the London-based Otolith Group, opens at Dublin’s Irish Museum of Modern Art (IMMA). Collecting works produced between 2011-18 by Anjalika Sagar, Kodwo Eshun, and collaborators, that cultivate “a science fiction of the present” through media, installation, and performance, the show includes Sovereign Sisters (2014), a CGI short about the Universal Postal Union’s “imperial ambition,” and a special public program curated by the collective. 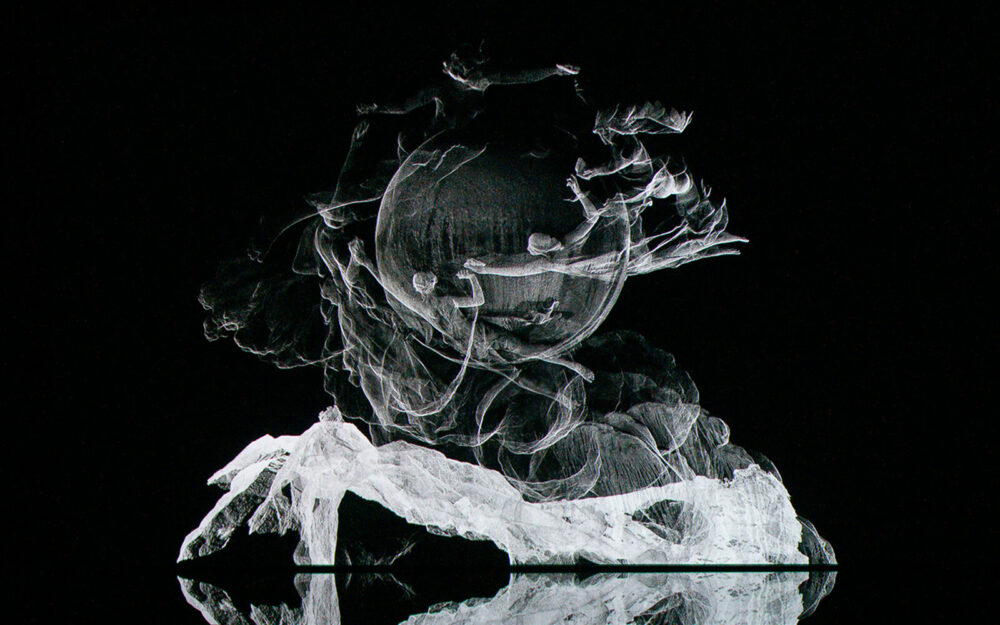 The Art Directors Club Germany (ADC) celebrates the legacy of the late Joachim Sauter with a lifetime achievement award at the annual Night of Honour. Sauter, who died unexpectedly in 2021 at the age of 62, pioneered media art and interactive architecture with his award-winning Berlin-based studio ART+COM for nearly three decades. “He was a rare hybrid creature, part artist, part scientist, part researcher, part generalist,” notes GRAFT co-founder Thomas Willemeit in his eulogy. 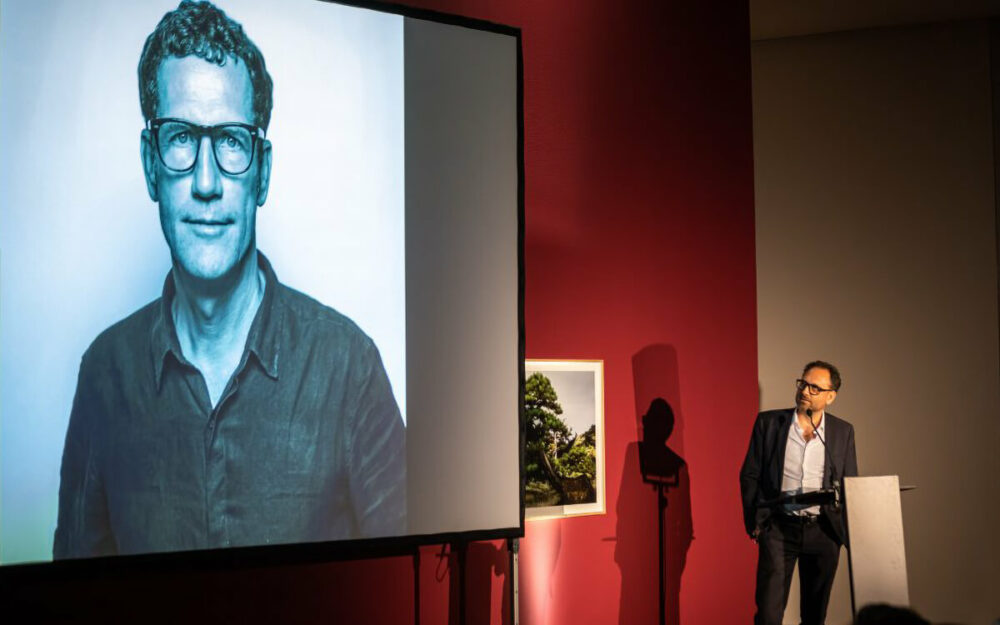 “Over the last 200 years, sudden outbreaks of this globe-trotting fluff have damaged economies, influenced wars and sparked social unrest.”

– Writer Joe Zadeh, examining the history of Phytophthora infestans, “the plant pathogen that has most greatly impacted humanity to date.” The parasitic microbe, a species of oomycete or water mold that, for example, caused the Great Irish Famine, reminds us that “in an era of animal pandemics, it’s easy to overlook the fact that plants also experience them, and they can have an equal or more devastating impact on human society.”
Noema
● 05/07/2022
OUT NOW: 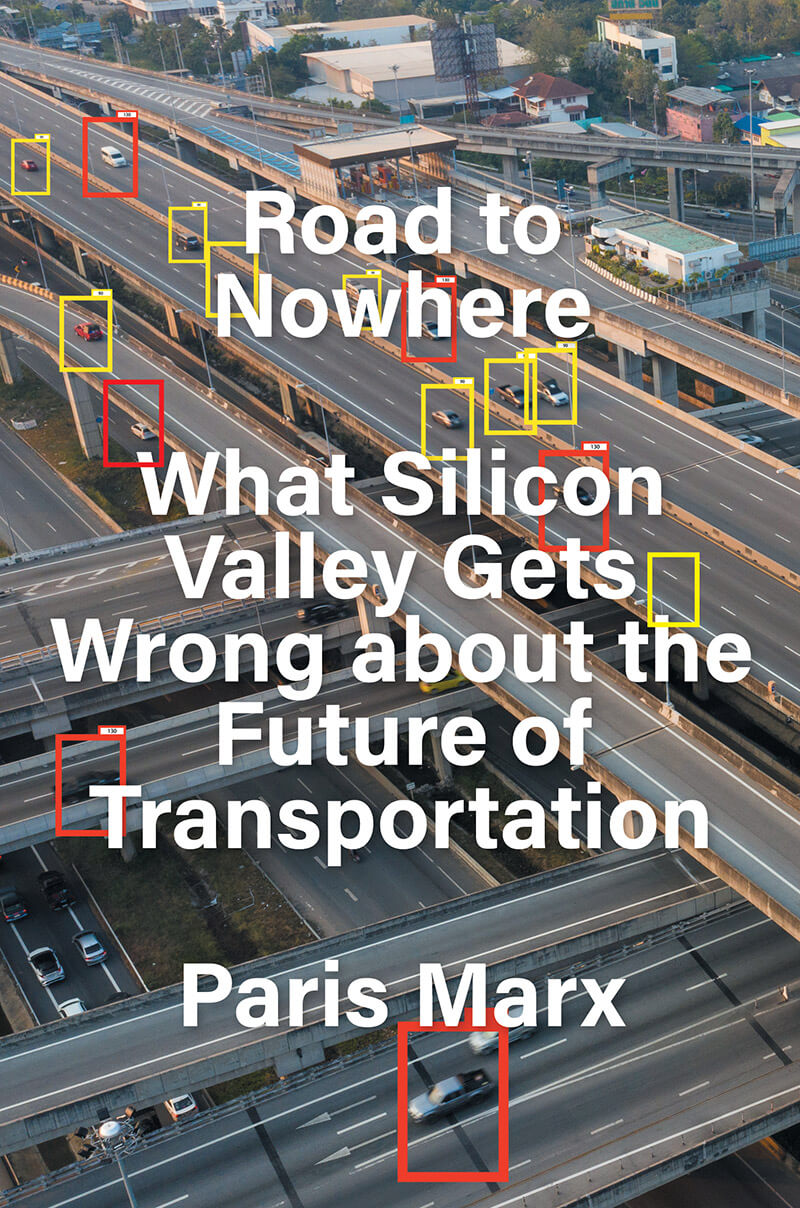 “I’ve resigned myself to being a non-stop curmudgeon about this, but an aspect of Dall-E’s closed invite beta I haven’t seen touched on is how it’s enlisted artists to act as unpaid influencers for a company whose backers include Peter Thiel and Elon Musk”

– Comic artist Michael DeForge, observing that the prominent digital artists flooding our timelines with AI-generated images are doing free PR for OpenAI (and its odious investors)
Twitter
On View: Inclinaisons (1971)

“In this plotter drawing, we see line segments in red, green, and blue—the three additive primary colours—scattered over a square surface area like a game of pick-up sticks.” 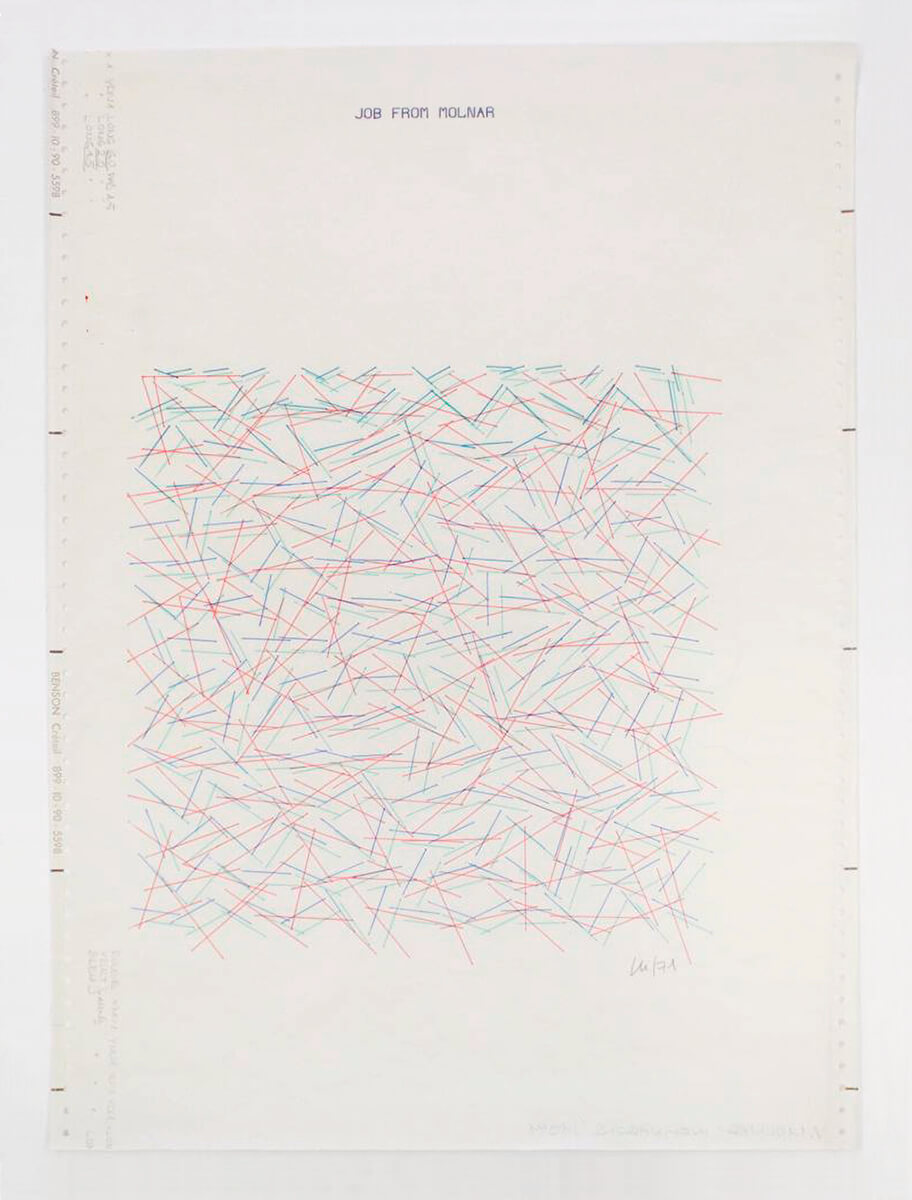 Vera Molnar loves colour as much as the next painter, but we rarely see colour in her plotter drawings from the 1970s. Much like the juice and blood she experimented with, the marks of coloured plotter pens were more ephemeral — highly light sensitive and not designed to last. In this plotter drawing Inclinaisons from 1971, however, we see line segments in red, green, and blue — the three additive primary colours — scattered over a square surface area like a game of pick-up sticks.

Inclinaisons, like its English cognate inclination, refers to a tilt, a line that runs oblique to the horizontal plane. The word might be used to describe the lines in a graph that a scientist would output to paper using the same tools as Molnar. But Molnar’s ‘figure’ seems to mock the orderliness of scientific data. Her lines lead to nowhere, point to nothing. Their random distribution produces a visual rhythm, given more texture by the colour variations. At points, the colours overlap, creating teals, purples, and browns that anchor the eye, if only for a moment.

While Molnar did not begin her Journaux Intimes until 1976, she did hang onto her sketches for this work, which are framed alongside the plotter drawing at the Beall Center (the Spalter collection also includes two studies from 1969 and one from 1972). Of the two in this show, one is more obviously handmade, with red, green, and blue marks drawn with marker in a 7 x 7 grid structure, delineated by the artist herself in graphite on graph paper. Its wavering lines suggest that she drew the grid freehand. The other study is on tracing paper, the delicacy of which throws the different line qualities into sharp contrast: the thin blue marker appearing crisp alongside the thicker, runnier red and green that she accidentally smudged. Neither study, however, is identical to the plotter drawing. While they demonstrate that Molnar did work out ideas on paper, they do not establish a strict, linear relationship between hand-drawn sketch and computer-generated final product.

In fact, Molnar’s process involved a constant dance back and forth between paper and computer, between pencil and keyboard, and between images and alphanumeric commands. She worked — and continues to work — in a series of translations and transpositions across media. 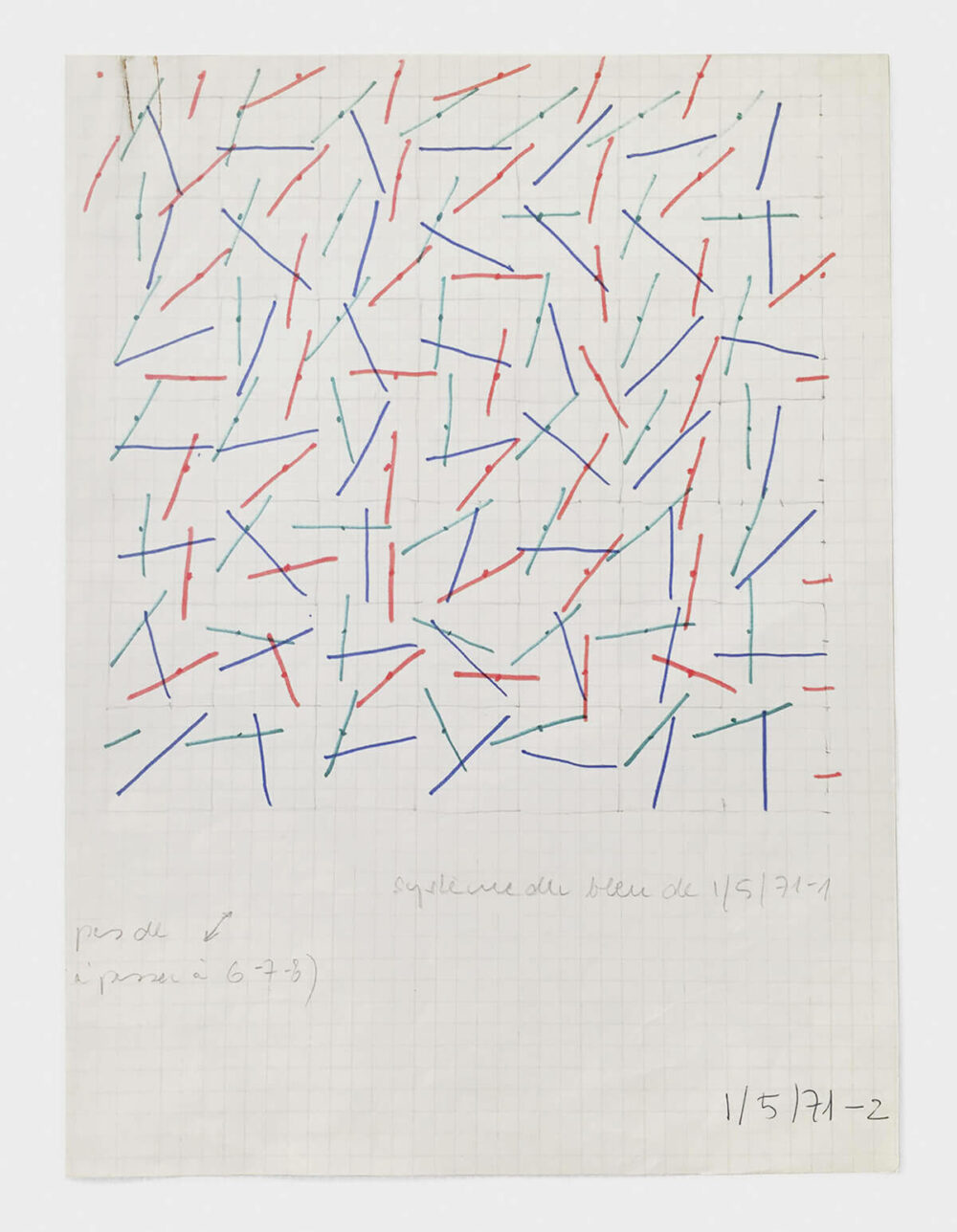 In 1974, Molnar came up with a term to describe her way of working. Writing for the journal Leonardo, she described her “conversational” method, always leaving the scare quotes around conversational.1 Why? My guess is that she borrowed the term from French computing discourse, where conversationnel referred to interactive computing. While blind computing involved a significant time delay between submitting instructions and receiving results, interactive computing happened in real-time. The site of interactivity was the computer screen, which served as an interface between the user and the computer. In fact, the introduction of the interface is when the user, in our contemporary conception of the term, was born. I argue in my dissertation that the advent of interactivity was the most significant milestone in Molnar’s career, though it’s been overlooked in both studies of her work and in the history of computing more broadly.2 When I asked her about the screen in our very first conversation, a shaky phone call in August 2017, I could hear her beaming as she said, “The IBM 2250!” She recalled her first time using the screen like a sort of rebirth, akin to moving to Paris at age 23. While I still don’t know for sure what year she first encountered the IBM 2250 (it was released in 1964, but there was usually a delay getting hardware to Western Europe; Molnar does not mention it in her writing until 1973), she remembers it with the kind of fondness usually reserved for an old friend.

“The site of interactivity was the computer screen. In fact, the introduction of this interface is when the user, in our contemporary conception of the term, was born.” 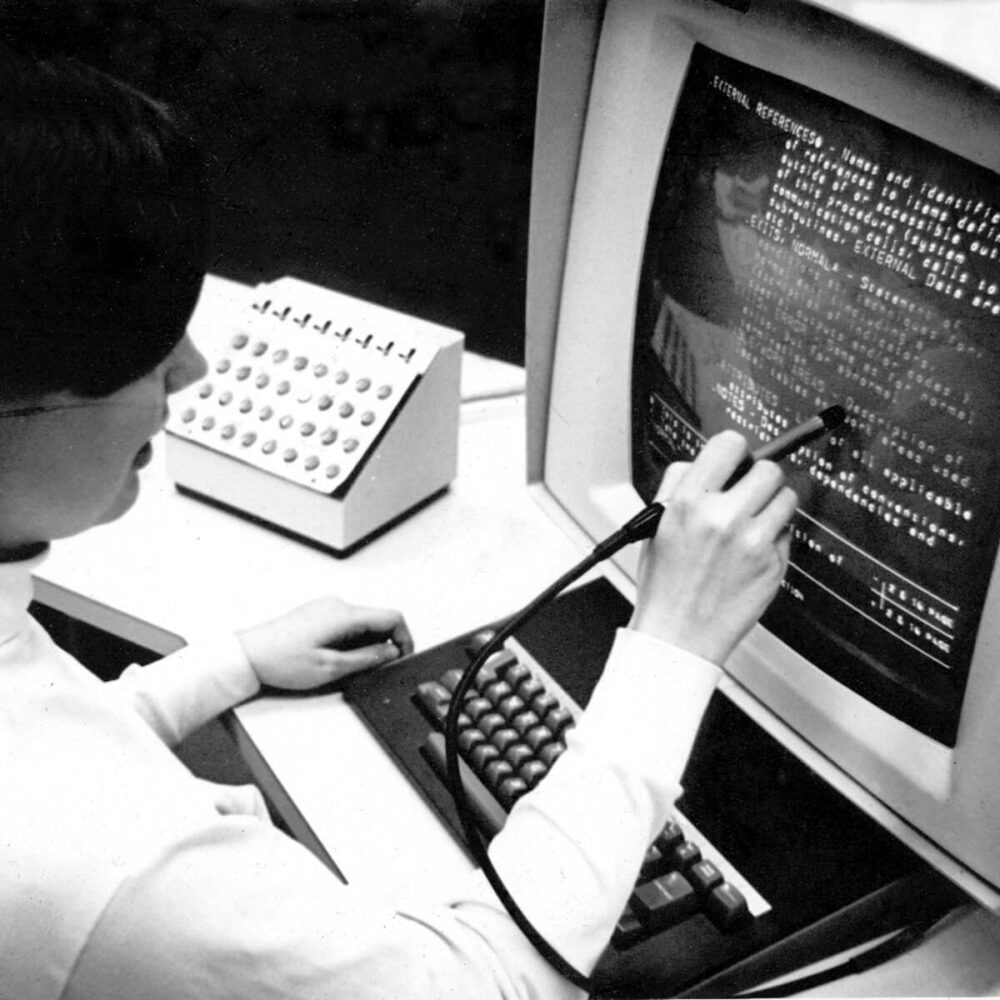 Output on-screen: Vera Molnar, photograph of an IBM 2250 computer screen showing a digital image from the series Inclinaisons, likely 1974 (collection of the artist)

Output on paper: Vera Molnar, plotter drawing from the series Inclinaisons, 1974, about 52 x 35 cm (collection of the artist)
“While I still don’t know for sure what year Molnar first encountered the IBM 2250, she remembers it with the kind of fondness usually reserved for an old friend.”
IBM 2250 &
Inclinaisons
(mouse over)

In 2018, leafing through a box of archival materials at the home of Molnar expert Vincent Baby, I stumbled upon these unmarked, black-and-white photographs of a computer screen. It wasn’t until 2020 that I found their plotter drawing counterparts at the artist’s studio, labeled, again, Inclinaisons, dated 1974. Another thread resurfacing in the Molnar textile. While these photos were never exhibited in an art context, they seemed to capture a moment Molnar did not want to forget.

So what was the conversational method? It employed not only a mainframe computer, but two key peripheral devices: the plotter and the CRT display screen, an IBM 2250 vector graphics display. She embraced the screen like few of her contemporaries did. Instead of waiting for the results of her program to be output to paper, she “[made] parameter changes quickly while viewing the images on the CRT screen.”3 This was not just about hardware. It also raises a fundamental question about process. Molnar’s results were emphatically not predetermined; they were always contingent on her subjective decisions.

Molnar’s text subtly points to the ways in which her method differed from others: “Whereas they begin with an initial set of rules (a grammar) specifying the way parameters are to be varied, I try to elaborate the rules as a work develops.” Her words recall debates about ‘tinkering’ that remain relevant to generative art today. Is it right for artist-programmers to mess with their results, their algorithms, or their programs? At what point do we call it ‘cheating’?

Some might say that Molnar cheated with the computer, an accusation I don’t think would upset her terribly. Maybe she did, depending on how you look at it. If you ask me, I’ll say that she was simply insistent on having the last word. Though I’m skeptical of her insistence that the computer was merely a tool for her, it’s true that Molnar never let it subsume her role as an artist. 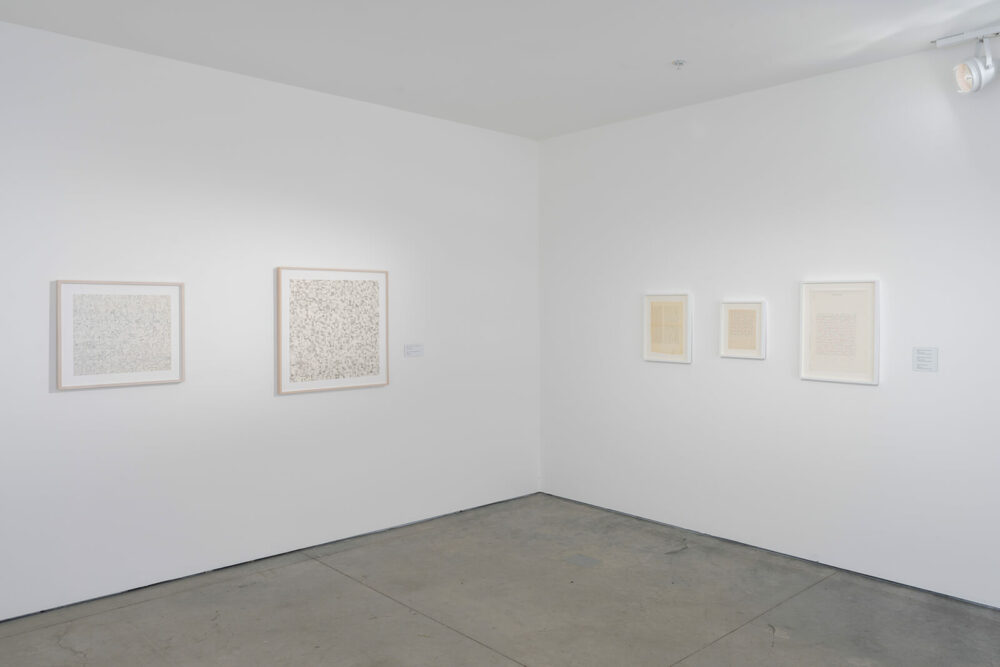 (2) Recent scholarship on early computer graphics largely comes from architectural history and media studies. See Matthew Allen, “Representing Computer-Aided Design: Screenshots and the Interactive Computer circa 1960,” Perspectives on Science 24, no. 6 (2016): 637–68; Jacob Gaboury, “The Random-Access Image: Memory and the History of the Computer Screen,” Grey Room, no. 70 (2018): 24–53; and Bernard Dionysius Geoghegan, “An Ecology of Operations: Vigilance, Radar, and the Birth of the Computer Screen,” Representations, 2019, 86.

(4) ibid. The word “grammar” was included on the suggestion of Leonardo editor Frank Malina. 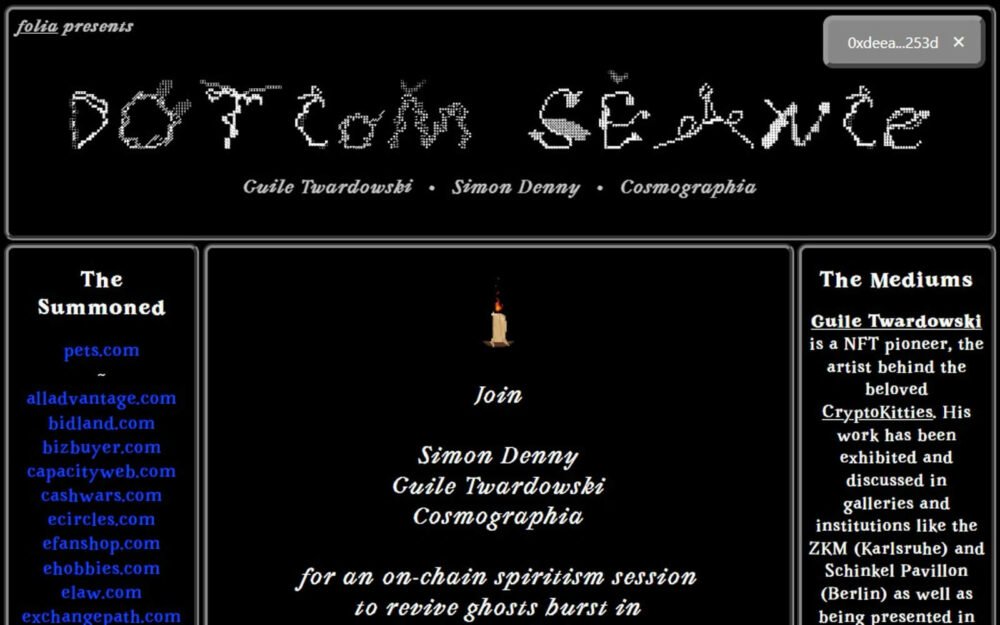 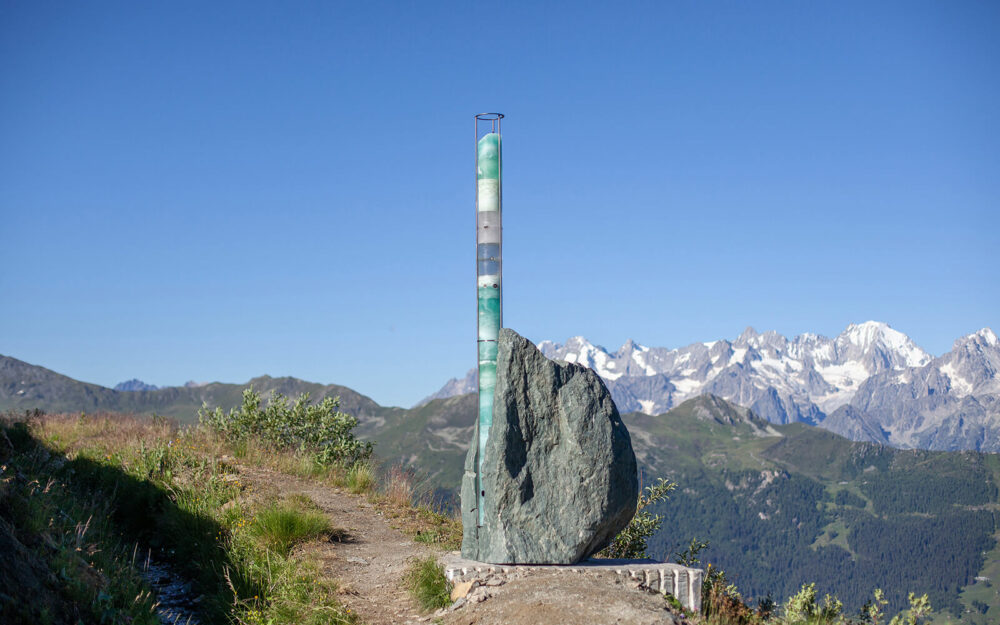 Metaverse Petshop, artist duo Exonemo’s CGI puppy mill, opens at NowHere in NYC. Building on a May beta test, this version adds NFT functionality and complicates transactions. Purchasers of virtual pups are faced with an ethical dilemma: keep their ‘metaverse pet’ in its entirety or strip off its 3D texture map and sell it on OpenSea. “It is like catching an actual animal and processing its skin to make it live much longer than the original,” the duo (ominously) note. 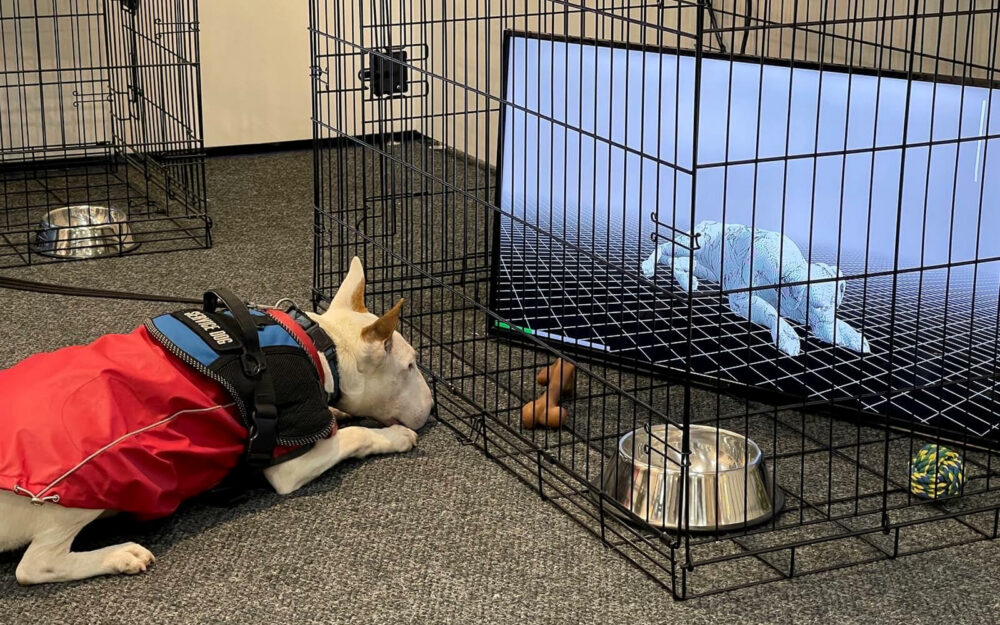 “Compared with energy use, data center water consumption is much more behind-the-scenes, is much more controversial, and in some cases is considered a trade secret.”

– David Mytton, former researcher at the Imperial College London’s Centre for Environmental Policy, on why the droughts in the American West could bring about a reckoning for the tech industry’s “secret water hogs”
Protocol
01/07/2022
What Just Happened:

The American designer and researcher in conversation about “WETWARE,” her Cyberfeminism all star NFT collection that’s currently on Feral File 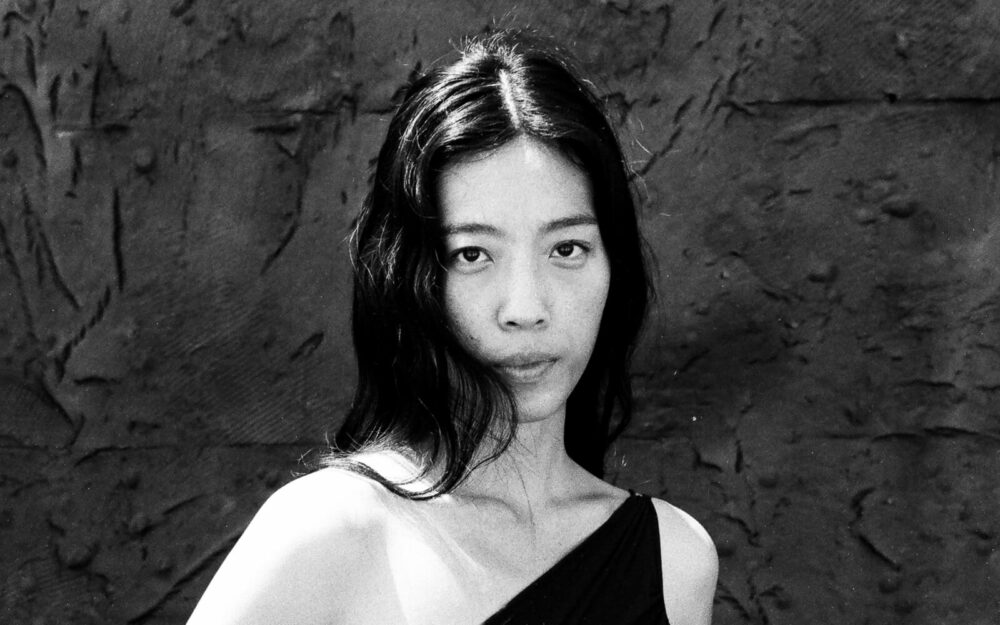