AI art and biohacks that ponder post-humanism, CGI fever dreams that (further) distort reality, software that speaks truth to power: HOLO Readers enjoy full access to our weird and wonderful discoveries at the nexus of art, science, technology, and culture. Join us and support indie publishing in the process.
HOLO Shop 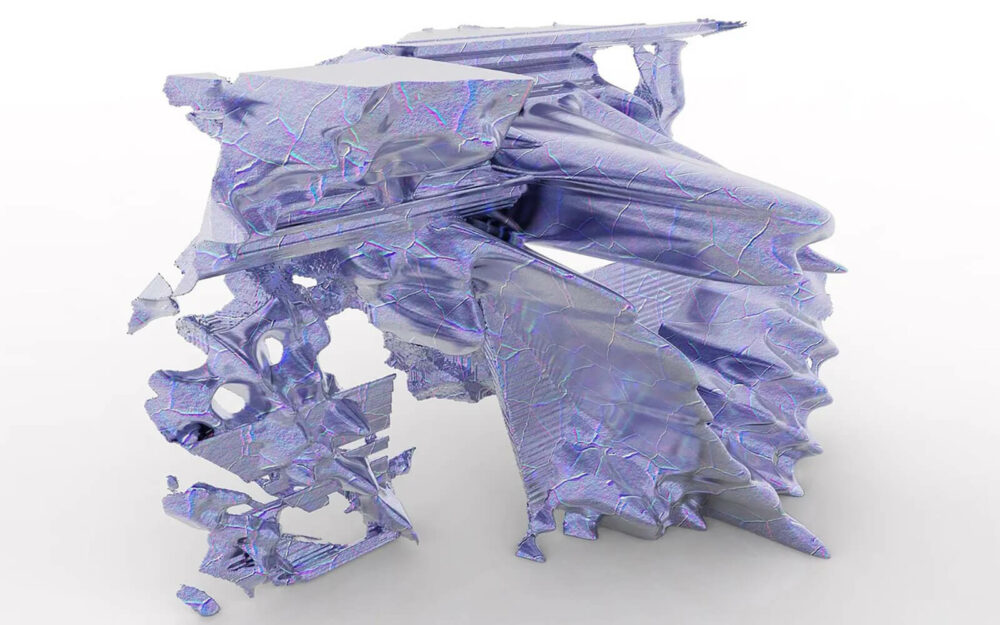 “I’m worried. I could see people signing away contracts right now that could have really detrimental impacts on their future ability to make work as themselves.”

– American composer and “computer musician” Holly Herndon, on how AI complicates intellectual property. “I want people to understand how powerful these systems are and how having sovereignty over training data is really important,” Herndon says, encouraging artists to experiment with her vocal model Holly+.
Wired
● 26/11/2022

After exploring “Water” in a major 2019-20 exhibition, the Queensland Gallery of Modern Art (GOMA) opens “Air,” a showcase with more than 30 artists including Dora Budor, Nancy Holt, and Katie Paterson that explore the cultural, ecological, and political dimensions of Earth’s atmosphere. “Air” is anchored by Tomás Saraceno’s Drift: A cosmic web of thermodynamic rhythms (2022, image), a new commission that suspends 13 partially mirrored spheres in GOMA’s central atrium space. 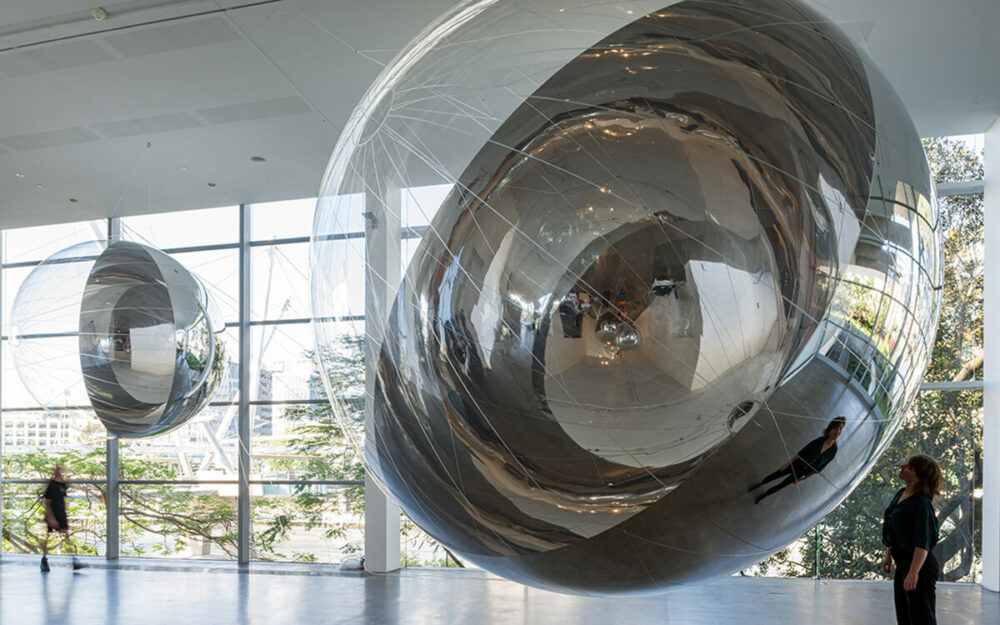 “I needed to train myself to cry in order to continue feeding those tiny marine ecosystems.”

– Polish artist and designer Kasia Molga, on gathering enough tears for her installation How to Make an Ocean (2021), a set of 12 miniature marine worlds that ‘bottled’ climate grief at the COP27 WHO Health Pavilion. Molga’s secret: a special “tearspoon” and her Moirologist Bot, an AI-driven video piece that serves alarming environmental news.
Inside Climate News
● 25/11/2022
OUT NOW:

By Opening This Book

An edition of 100 sealed books, each key to a unique web experience. By opening the book, readers agree to contractual terms that, much like the often ignored internet fineprint, remain the Swedish artist’s secret.
Rrose Editions 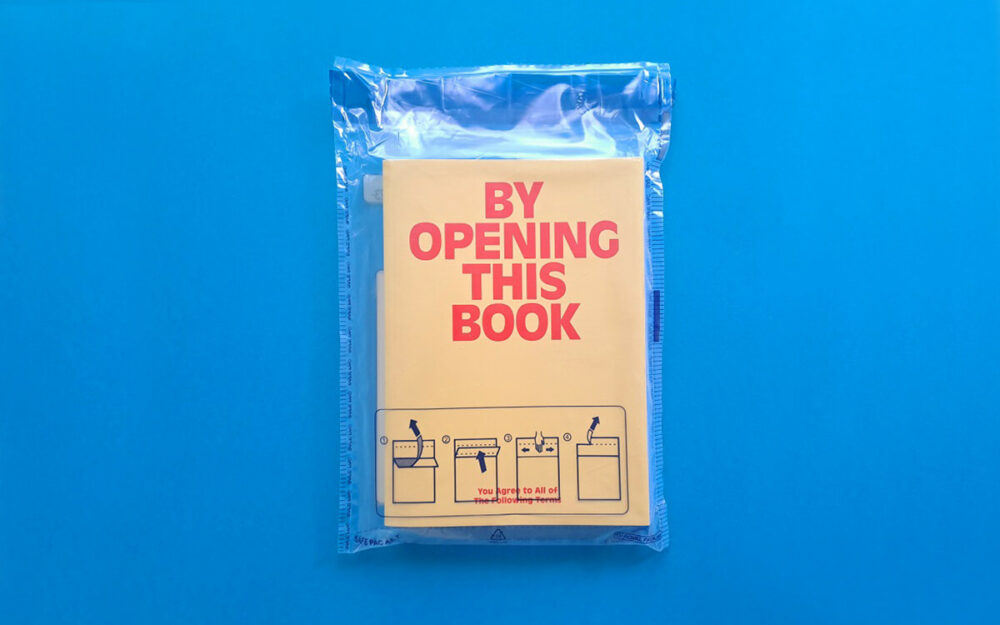 “We can keep suppressing the wages of Uber drivers—keep them below the cost of living—because they can always supplement by renting out their apartment on Airbnb.”

“ON AIR: The Sound of the Material in the Art of the 1950s to 1970s,” an exhibition excavating the pre-history of contemporary sound art, opens at Kaiser Wilhelm Museum in Krefeld, Germany. Assemblies, experiments, and media by Joseph Beuys, Bruce Nauman, David Tudor, and co-presenter Museum Tinguely’s namesake Jean Tinguley, demonstrate how “sounds, tones, noises, signals, and voices became ‘substantial’ sculptural material” in the second half of the 20th century. 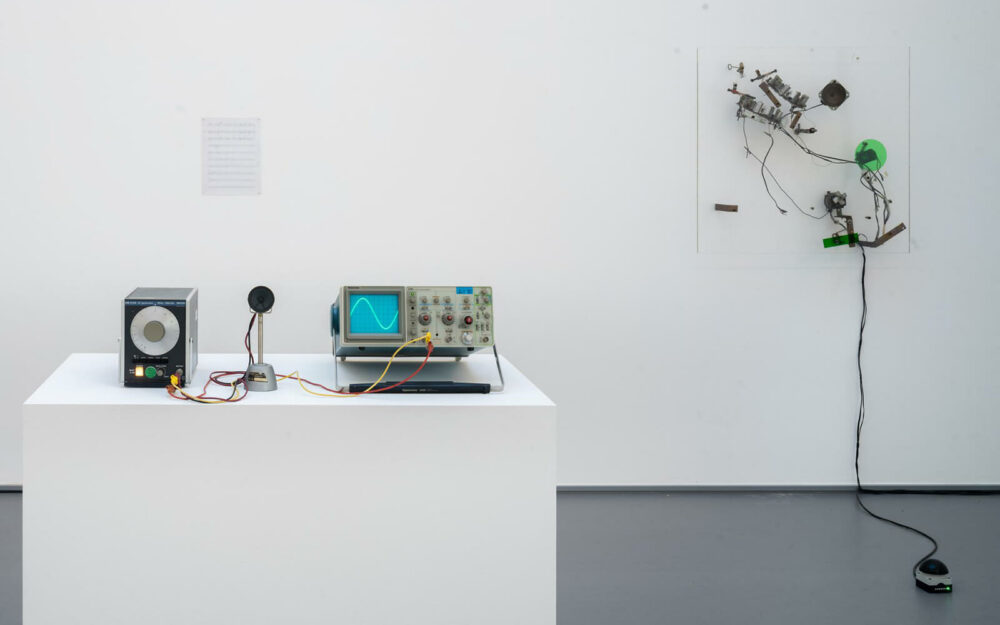 “She represents us—an idealized us—with all of our body dysmorphia and best and worst qualities, warts and all. That’s who we are as consumerists, which is filled with those contradictions.”

– Sculptor Tom Sachs, discussing Barbie, whom he interprets as “a spaceship, because she’s a vessel for genetic code.“ Beyond his recreation of the iconic blonde, other ‘spaceships’ in his eponymous current exhibition include the Titanic and the Technics 1200 turntable.
Artnet
● 24/11/2022 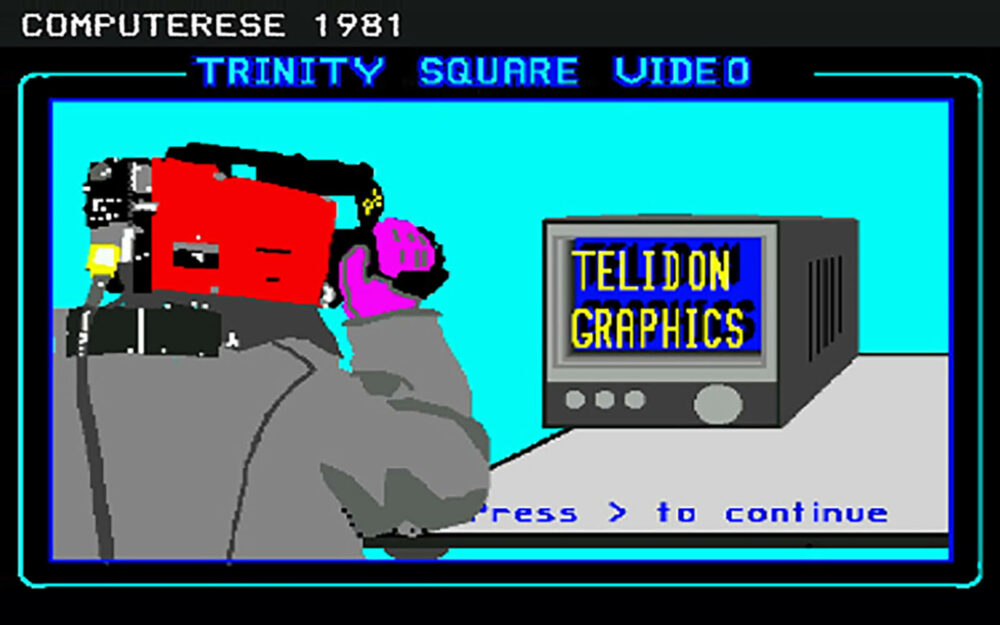 Art in the Age of Machine Learning 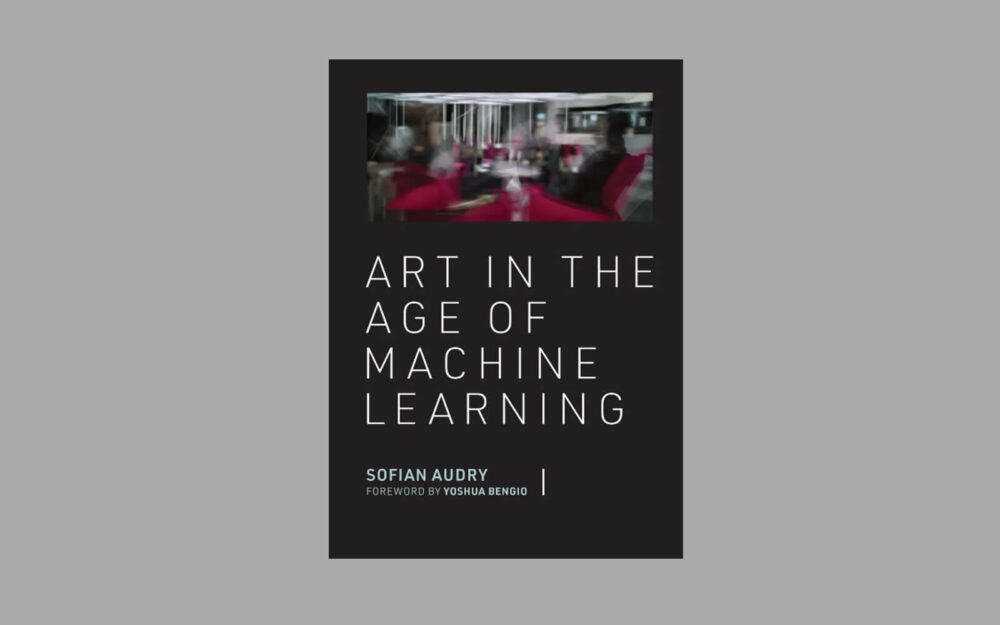 “It’s in our DNA to acquire paintings when the paint is still drying—acquire contemporary art when it is contemporary. That continues here: we’re exploring what work a museum can do in the blockchain space right now.”

“The problem is that, unlike the moon or Mars, we have no idea how to get there—and that’s a challenge that engineering fixes cannot solve.”

– Joe Bak-Coleman, on why social media is harder than rocket science. The American research scientist rebukes Elon Musk’s Space X approach to Twitter and argues that despite R&D efforts that “dwarf the Apollo space program,” social networks struggle with the “dizzying feedback loops and chaotic interactions” between users that are impossible to model, let alone control.
Scientific American
● 20/11/2022

American software artist Everest Pipkin releases The Barnacle Goose Experiment, an “abiogenesis body horror idle clicker” where you play as researcher Dr. Evergreen G. Branca locked in a biodome and tasked with generating a working world with objects, music, and living things out of her own body. The browser game is inspired by the medieval barnacle goose myth that had people, then unaware of bird migration patterns, believe that geese emerge fully-formed from barnacles.

“A premature extinction event occurs before we’ve flooded the universe with ‘value.’ We, then, shouldn’t spend money on global poverty: those resources should instead go to ensuring that we realize our ‘longterm potential.’”

– Philosopher and author Émile P. Torres, parsing the moral bankruptcy of longtermism, an ideology espoused by, for example, crypto fraudster Sam Bankman-Fried, who claimed to “get filthy rich, for charity’s sake.”
Salon