“If there’s one good thing to come out of this year’s global pandemic, it’s that a lot of people are suddenly talking about universal basic income. What was once a relatively fringe concept is now very much mainstream.” 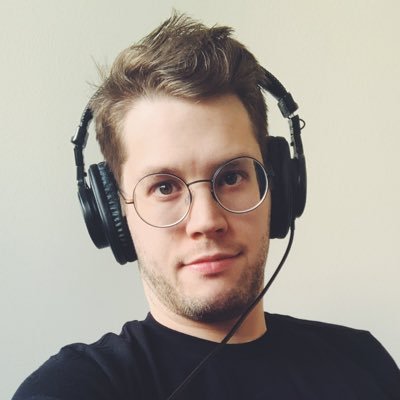 Matthew Braga is a freelance journalist based in Toronto. A former senior technology reporter for CBC News and editor at Motherboard, he covers technology, science, and culture.

As a short-term measure, governments have been putting money into people’s pocket (in Canada, for example, more than 8 million people have applied to receive $2,000 each month through the CERB program). The schemes haven’t always been perfect, but they’ve offered a lifeline for many—especially precarious workers, freelancers, artists, and creative types, for whom steady, well-paying work is elusive at the best of times. It’s not hard to imagine what life might be like if governments did this all the time.

If there’s one good thing to come out of this year’s global pandemic, it’s that a lot of people are suddenly talking about universal basic income (UBI). What was once a relatively fringe concept is now very much mainstream. Is it any surprise people are looking for new means of support? The pandemic has upended our jobs, our social circles, the niceties of daily life. Everyone knows someone who’s been laid off, or who’s struggled to find work. Maybe that someone is you. It’s clearer than ever that the support systems so many people rely on to make a living are far more fragile than they appear.

At the same time, we’ve been witnessing social unrest on a scale not witnessed in years. People across America and other parts of the world have turned outrage over the killing of George Floyd by a Minnesota cop into widespread protests against police brutality and systemic anti-Black racism. The possibility of defunding and abolishing the police has taken hold like never before. If you want to talk about how we fund a guaranteed income for all—along with access to housing and mental health support—the disproportionate amount of money cities spend on police is a pretty good place to start. For people who spend their lives making art, UBI has an important advantage over the traditional supports of residencies, patrons, philanthropies, and grants. Adopting UBI doesn’t just benefit artists. It could lift everyone out of poverty. Everyone wins.

“A guaranteed income could help level the playing field for Black and Indigenous artists, whose practices are often overlooked and ignored by white-run institutions and funders.”

A guaranteed income could decouple the necessities required to live—food, housing, healthcare—from the work that artists do to make a living, much of it entirely unrelated to the work of artmaking itself. Artists could make art without—or in opposition to—the pressures of the market, without worrying about what will sell or appeal to donors, grantmakers, gallery owners and brands. It could help level the playing field for Black and Indigenous artists, whose practices are often overlooked and ignored by white-run institutions and funders. And as much as it feels like artmaking has never looked so precarious, it also feels like there’s never been a better moment to push for new supports and safety nets that not only help us recover, but set us up to thrive.