We’ve evolved to essentialize, to make representations of complexity, putting outsized pressure on the efficacy of those translators of meaning: metaphors, stories, carrier narratives. 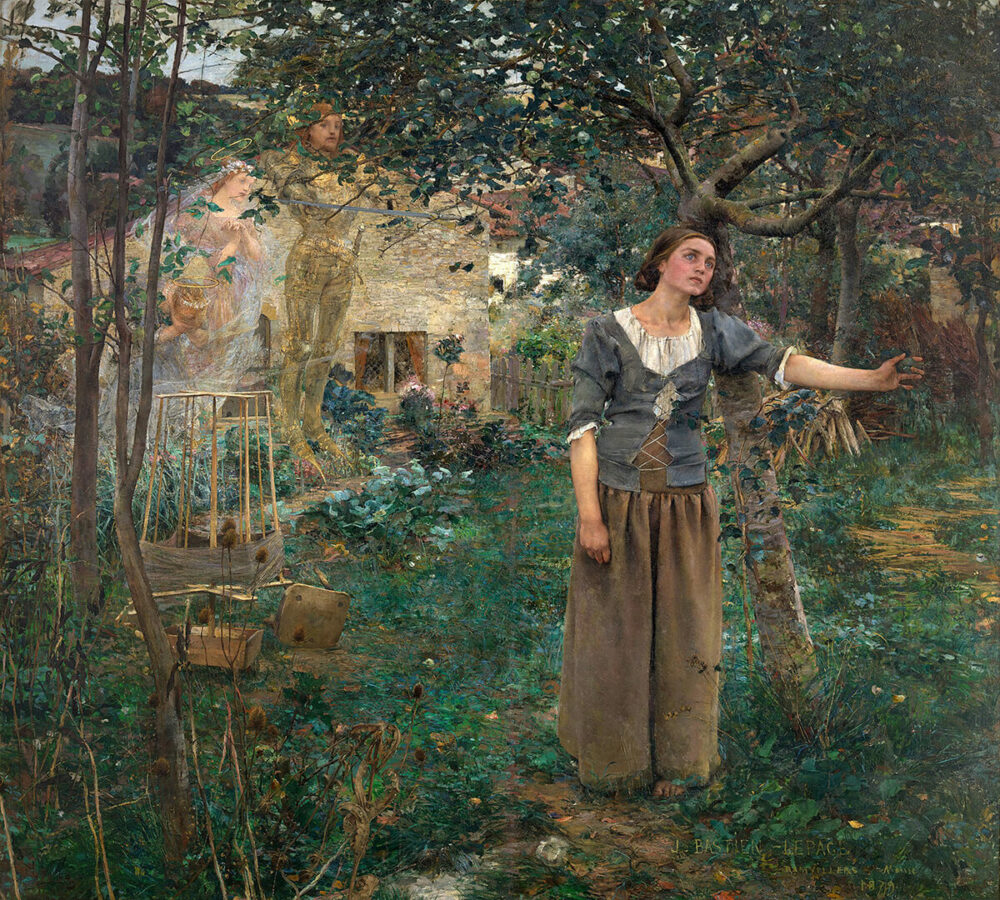 Jules Bastien-Lepage,
Joan of Arc (1879)
How have we ‘half-known’ and ‘half-understood’ the appearance of new intelligence, human-like or not, throughout history? What ways of partial knowing do we exercise all the time? 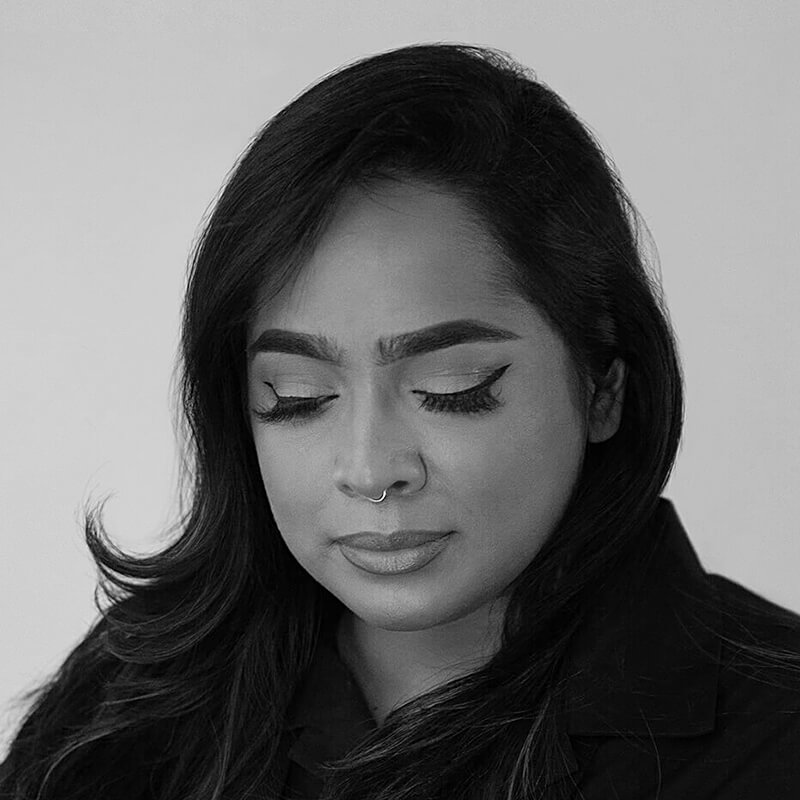 In a very early conversation with Research Partner Peli Grietzer, we talked about the earliest, and blurriest, version of what this issue of the HOLO Annual could be. What did the ongoing debates around explainability and perfect legibility of black-boxed technologies—debates we’d often been enmeshed in—too often leave out?

Walking down a sunny street in Berlin, Peli relayed anecdotes of all the ways we know things halfway, and live with partial knowledge. This partial knowing is essential to our ways of navigating the world. We talked about animist spirits and gods. Peli mentioned spirits of rivers, part of a host of half-human and human-like beings which we’ve lived alongside for millennia. I think of bots and artificial intelligence, both “stupid,” in Hito Steyerl’s words, and a little- to much-less-stupid each day, as denizens of this realm of partial knowledge. We interact, speak, and form relationships with representations of people and things that we barely know.

Cognitively, we need to not know every single detail about complex phenomena unfolding around us. If we were to know and understand every computational decision being made on our laptop as it happens, we would barely be able to function. We’ve evolved to essentialize, to distill down, to make representations of complexity, putting outsized pressure on the efficacy of those translators of meaning: metaphors, stories, carrier narratives.

The political implications of thinking through these ways of knowing and not-knowing are far-reaching. Consider how the brutal realities of algorithmic supremacy are often contingent upon its mystification and its remove. We can map a growing hierarchy of computational classes of ‘knowers’ versus those without knowledge, those with more access to the workings of technology, those with partial access, and those with nearly none.

In sending out our first prompt, Enchantment, Mystification, and Ways of Partial Knowing, we hoped for our contributors to help us understand all the ways in which we don’t understand. Together, they have widened the frame to include ‘ways of partial knowing’ that have been exercised historically. What ways have we ‘half-known’ and ‘half-understood’ the appearance of new intelligence, human-like or not, throughout our evolutionary history? What ways of partial knowing do we exercise all the time? What knowledge processes are necessarily partial? In this frame shift, can we place speculative stories, myths about the growing body of artificial intelligence or algorithmic knowledge, in all its obfuscation and enchantment, in parallel to grand narratives of technology?

In responding to Enchantment, Mystification, and Ways of Partial Knowing, we asked the following authors and artists to pick up and pursue threads they’ve not had space for in their practice before. We also asked each to consider alternative styles, forms, and designs to express their ideas through. 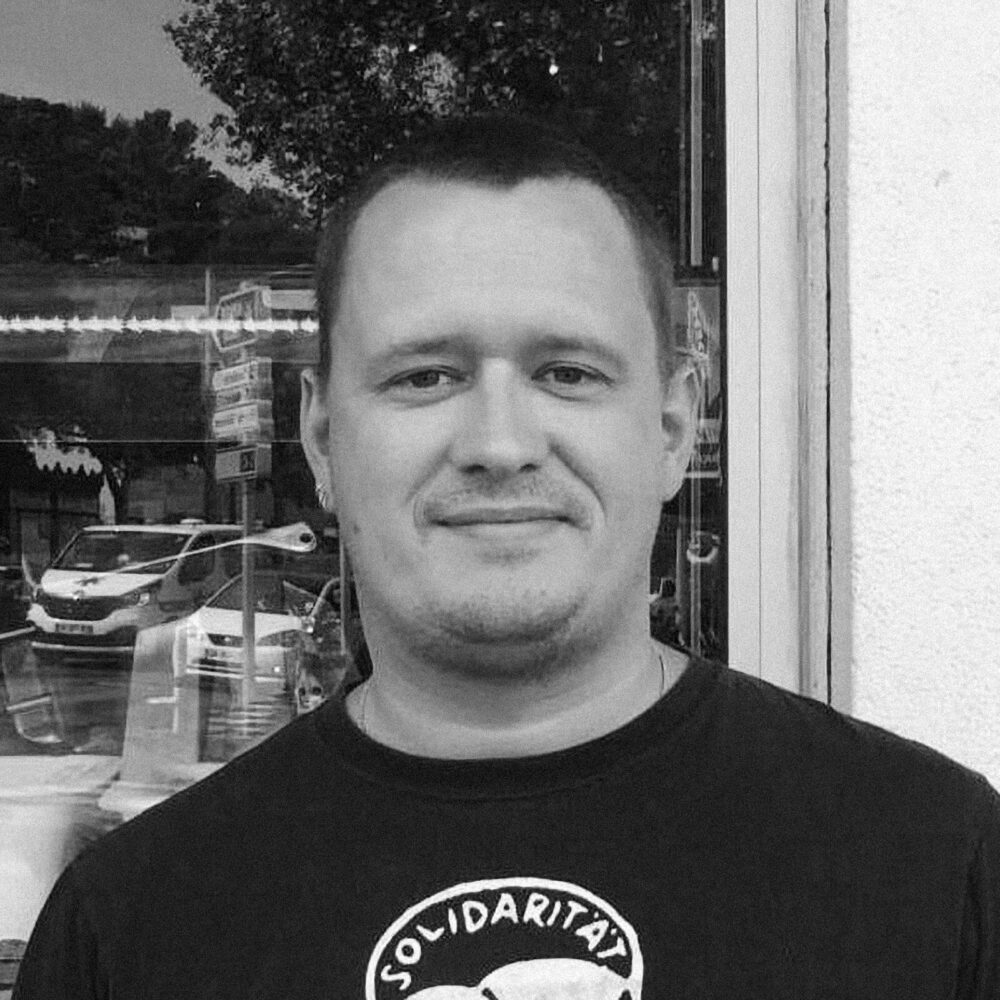 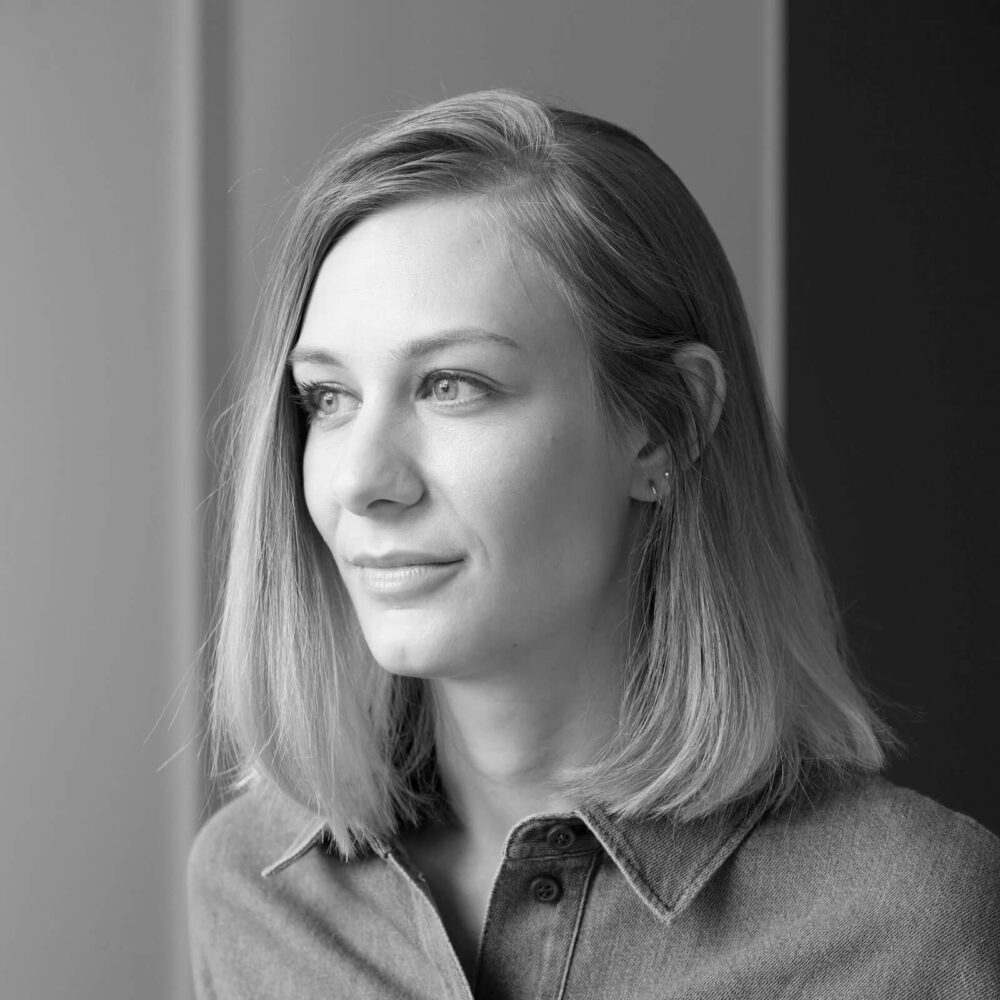 Elvia Wilk (US)
Writer and author 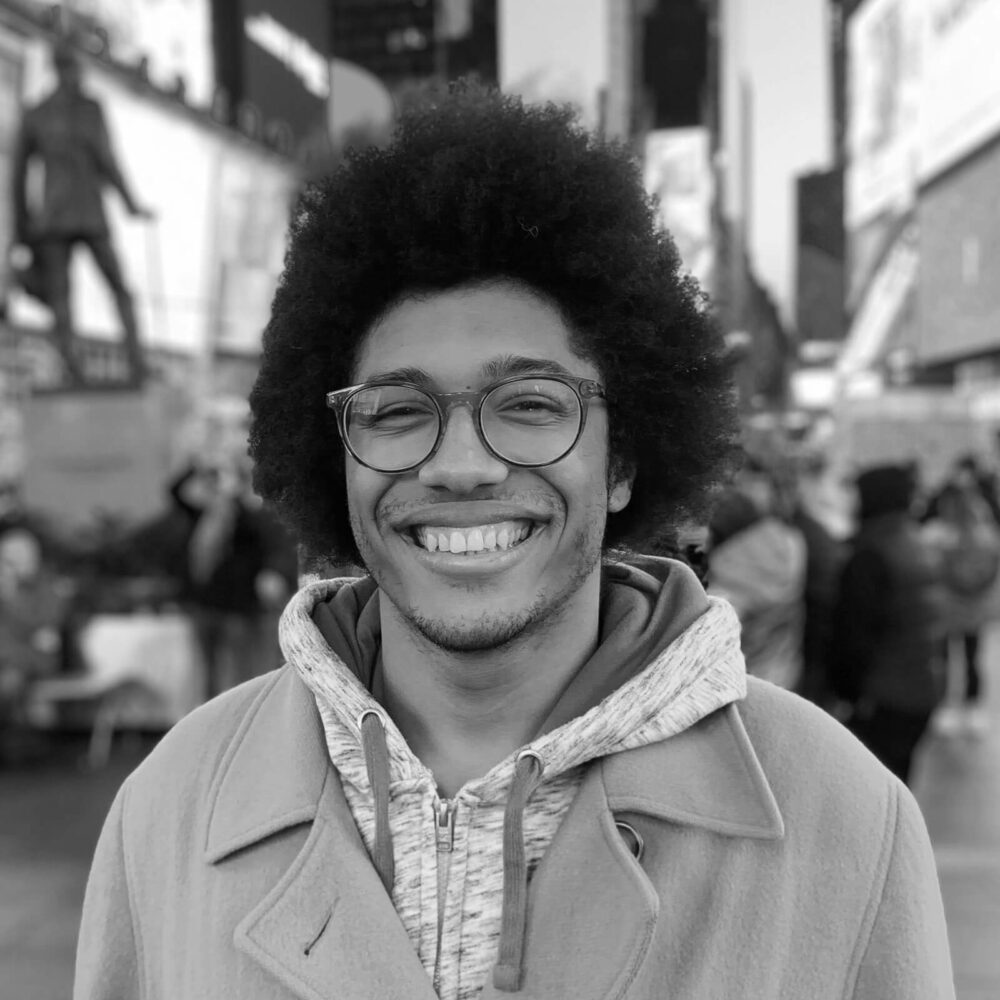 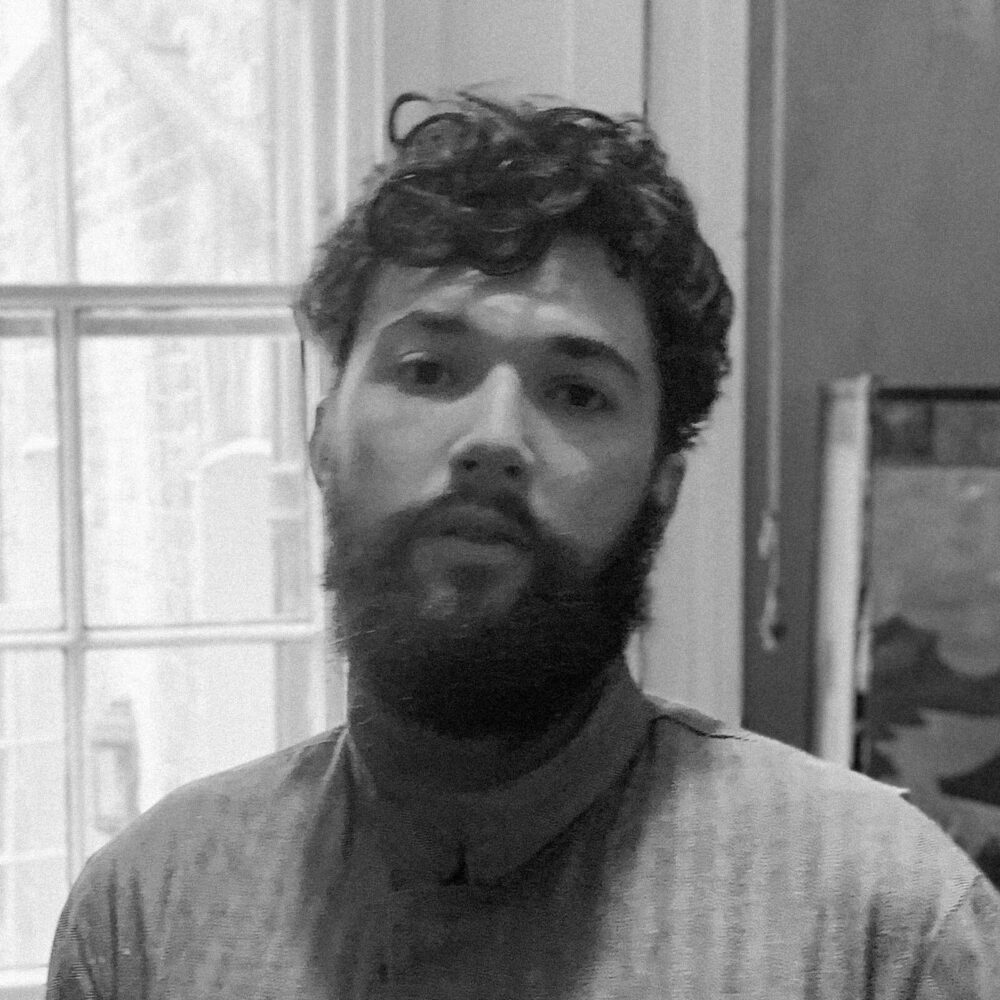 Thomas Brett (US)
Artist and filmmaker
→

Huw Lemmey is a novelist, artist, and critic living in Barcelona. He is the author of three novels: Unknown Language (Ignota Books, 2020), Red Tory: My Corbyn Chemsex Hell (Montez Press, 2019), and Chubz: The Demonization of my Working Ar6se (Montez Press, 2016). He writes on culture, sexuality, and cities for the Guardian, Frieze, Flash Art, Tribune, TANK, The Architectural Review, Art Monthly, Pin-Up Magazine, and L’Uomo Vogue, amongst others. He writes the weekly essay series utopian drivel and is the co-host of Bad Gays.

Elvia Wilk is a writer living in New York. Seven years ago, we began our time as contributing editors to Rhizome. We have been in loose communion over ideas over the years, often meeting at strange festivals and conferences in strange hotels. Elvia’s recent novel Oval, published in 2019 by Soft Skull Press, is in part a send-up of the artworld of Berlin. Her work has appeared in publications like The Atlantic, Frieze, Artforum, Bookforum, n+1, Granta, BOMB, and the Baffler, and she is a contributing editor at e-flux journal. Her book of essays called Death By Landscape will be published in 2022, also by Soft Skull.

Nicholas Whittaker is a doctoral student in the Philosophy department at the City University of New York Graduate Center. They work on understanding and propagating the conditions of possibility of black abolitionism as a world-ending enterprise. As they write, this work takes them through investigations into and celebrations of film, music, digital culture, language (and its limits), love, and black social and intellectual life. Their work (including forthcoming pieces) can be found in the Journal of Aesthetics and Art Criticism, the Point, the Drift, Aesthetics for Birds, and the APA Blog.

Thomas Brett is an artist working in hybrid processes of film, animation and video games. Central to his practice is the transformative capacity of physical artefacts and their conversion to virtuality or myth. Through analogue construction and their digital capture, Thomas crafts worlds from these objects; producing hidden narratives of character and space reconfigured in tremulous ontology.