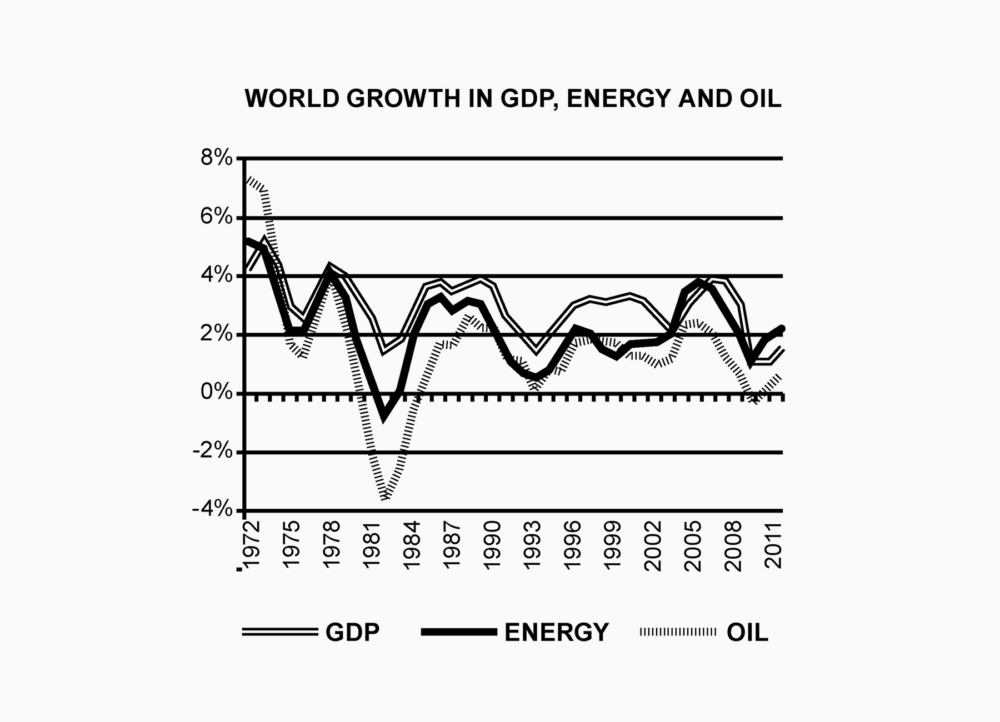 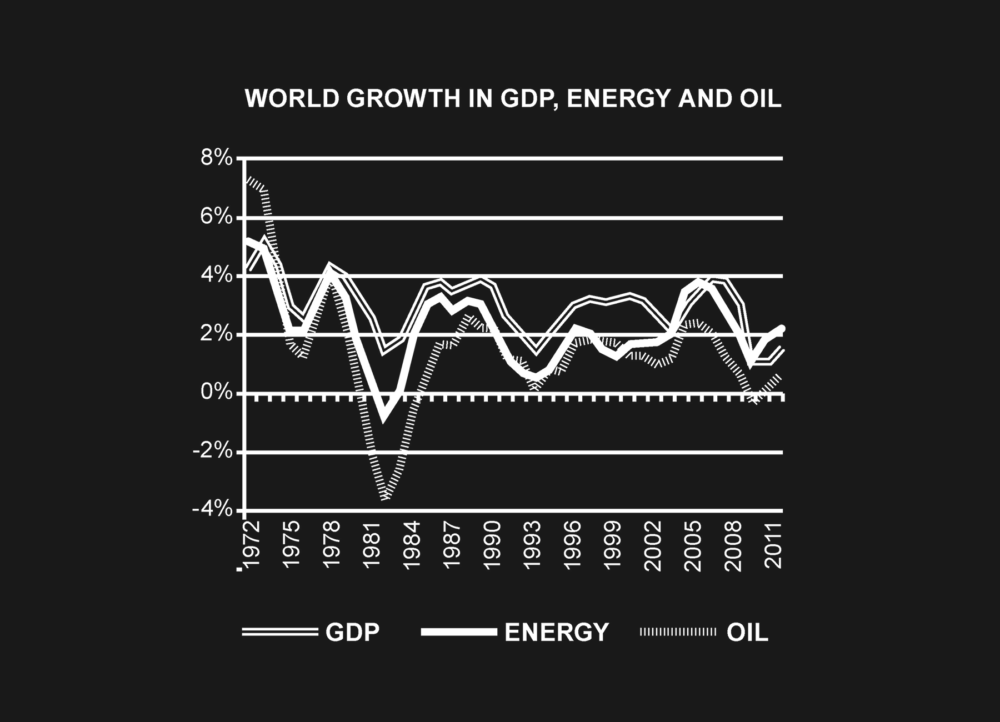 In an article first published in the French journal Le Débat in September 2012, energy and climate expert Jean-Marc Jancovici underscores the correlation between GDP growth, energy, and oil consumption. “Energy is the blood of industrial societies,” he writes. “What counts is not its price, but availability: energy is now what drives our economic activity far more than work or capital.” In a series of charts, which DISNOVATION adapted for “Post Growth”, Janvocici demonstrates how that dependency has only increased in recent decades. In 1998 and 2005, for example, the slowdown of oil production preceded the fall of GDP and the subsequent economic crashes—“it is not because of the crisis that we use less oil, but because oil availability has decreased that we have a crisis.”