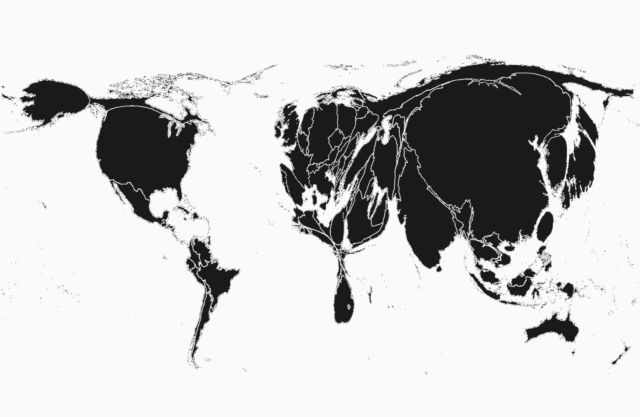 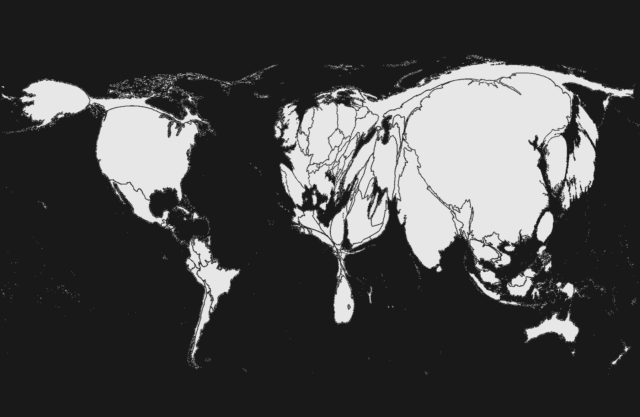 The world in CO₂
emissions (2015),
Worldmapper

Using data by Emission Database for Global Atmospheric Research (EDGAR), this visualisation created by Worldmapper’s Benjamin Henning redraws the world according to proportion of total Carbon Dioxide (CO₂) emissions in 2015. The warped geography is telling: whereas main polluters like the U.S., home to then 320.7 million people, emitted 5,172,338 kton/Gg CO₂, the entire continent of Africa released one-fifth of that (1,236,083 kton/Gg CO₂) while harbouring three times as many people (995.46 million). As journalist Liza Featherstone argues in her 2019 article “Don’t Blame the Babies,” it is capitalism, not population growth, that is having the most damaging impact on our environment (see dossier entry 008).