009 – In Conversation: Anne Spalter (29/07/2022)
“Vera certainly holds a special place in our collection—we have over 200 of her works—and have lent pieces to top tier museums such as MoMA and LACMA.” 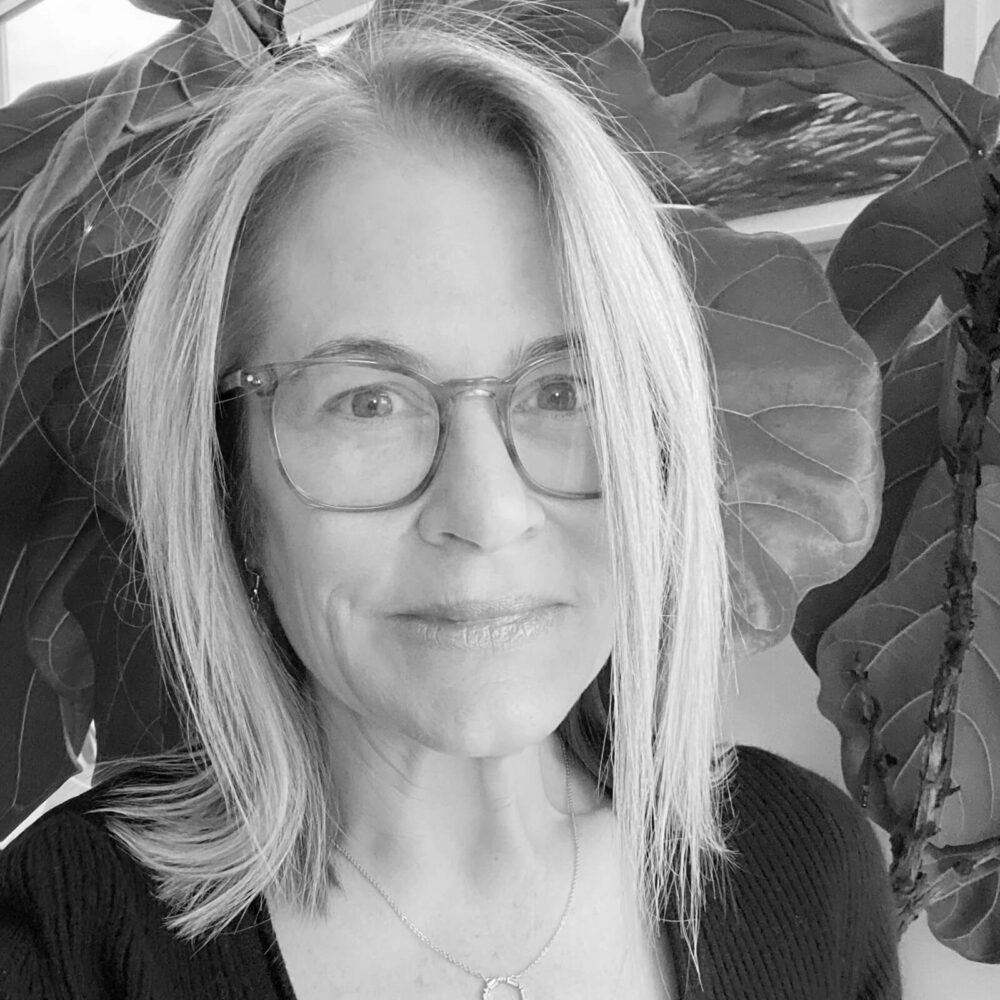 Anne Spalter is a digital mixed-media artist, founder of the digital fine arts courses at Brown University and The Rhode Island School of Design (RISD) in the 1990s, and author of The Computer in the Visual Arts (1999). Her artistic process explores imagery of the modern landscape. She is currently creating crypto art, with works auctioned by Sotheby’s and Phillips, and featured in the New York Times. She is also co-instigator of the Anne and Michael Spalter Digital Art Collection.

Q: If I remember correctly, you met Vera Molnar when you interviewed her for your book, The Computer in the Visual Arts (1999). Could you tell us about what that was like, and how your relationship with Vera has developed over the years?
A: Sadly, I was not aware of Vera’s work when I was writing my book, but I have since met her several times and am always impressed by her focus and vibrancy. I especially loved seeing her movie-ready Paris studio for the first time in 2006, and how the digital and analog practices were so integrated in the same space. In early 2020 we met again and my daughter Amelia interviewed her.
Q: How has Vera’s work influenced your own artistic practice?
A: Like many women working in the arts, it is a source of great inspiration to see Vera’s long career arc and her repeated triumphs over many obstacles. Although Vera says she did not feel that gender played a role in the reception of her art, I cannot help but believe that her talent would have been recognized sooner if our society consistently saw men and women on more equal terms. Another wonderful artist, Natalie White, once told me, “the reason most artists don’t succeed is that they give up too soon.”

As an aside, it is a common misunderstanding that artists working with technology gain some extra benefit from using the computer–that it is somehow cheating or making up for a skill gap or some other negative perception. A closer look at their work inevitably disproves this, of course. Artists like Vera Molnár and Manfred Mohr were creating work that looked like their computer work, and that was conceptually related, long before they ever touched a computer.

Collecting pieces from before Vera had access to a computer and through long after she could have brought in a range of new features and tools demonstrates the strength of her specific vision.
Z