Ubiquitous, derided, then begrudgingly loved—25 years after its debut, Adobe ends support for Flash player. Flash was launched by Macromedia in 1996, acquired by Adobe in 2005, and had a stake driven through its heart when Apple didn’t support it in iOS. In its heyday Flash was used to author tens of thousands of websites, but it also served as a platform for experimental works like Joshua Davis’ Praystation (1999-2002), Pope.L’s distributing martin (2000-08), and Yael Kanarek’s World of Awe (2000-06, image). While it may be dead in the modern browser, Flash lives on through preservation and emulation efforts including Rhizome, Wick, and Internet Archive. 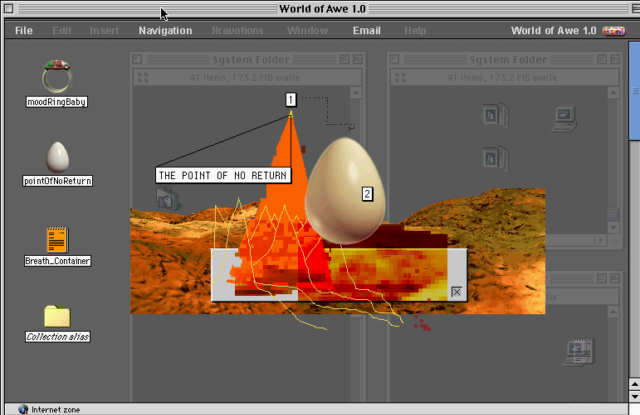 Welcome to HOLO 2.5, the new digital arm of HOLO magazine! We don’t think it’s odd to be celebrating an in-between issue as HOLO is all about interstices: first between disciplines, now between mediums. Please take a look around; for more details on our new online home read the welcome note, linked below.
HOLO Blog

“TRANSFER is operating on a different timescale than most galleries trying to turn a profit to keep their doors open. The gallery exists to help bring artworks into the world, but our motivation is never around selling work in the short-term.”

– Gallerist Kelanie Nichole, on how focusing on emerging mediums is an exercise in patience and cultivation
Digital Economies Reader
● 18/01/2021

“UNINVITED brings to life a new being, born of the combination of surveillance data with the hallucinatory state experienced by many device systems when infected with a virus.”

The Society For Non-Trivial Pursuits (S4NTP, affiliated with UdK Berlin’s Generative Art class) launches “Future Voices,” a one-year-long radio broadcast generated from people’s “hopes, fears, and dreams,” uploaded as audio recordings from around the world. Commissioned for Berlin’s CTM Festival, the project hopes to amplify “voices that would otherwise remain unheard within an attention economy that favours loudness, provocation, and conspiracy theories.” 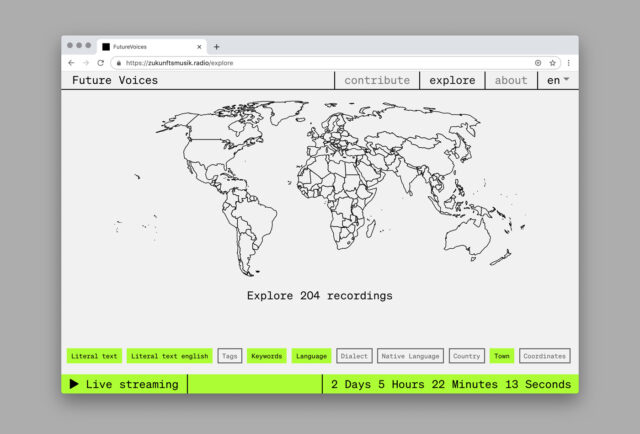 “Twitter and Facebook and other platforms are now trying to put the genie back in the bottle. They could have done something long before, but they chickened out. And they created a monster.”

– Longtime Anti-Racist Canada blogger Kurt Phillips, on how the QAnon mythos that “the world is controlled by pedophile child-eating Satanists“ festered in Silicon Valley’s privatized echo chembers
Canadaland
● 14/01/2021
OUT NOW:

A deep resource for teachers focused on the expressive potential of code, loaded with syllabi suggestions, road-tested assignemnts, and interviews with leading educators.
MIT Press 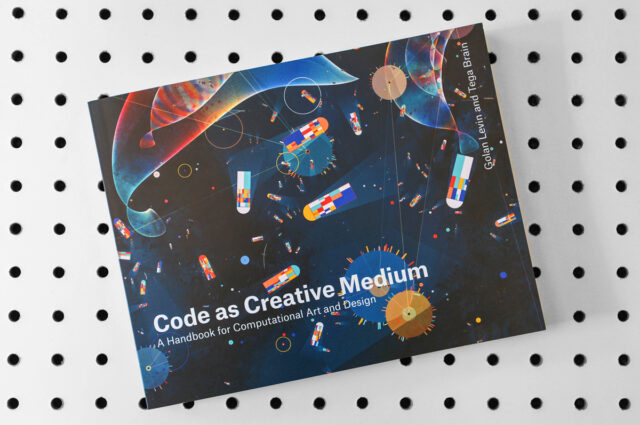 “What distinguishes workmanship, craft, and making from industry is uncertainty. There’s a ‘risk’ in the process that resolves between the maker’s discernment and dexterity.”

“What if satellites were art?” Régine Debatty recounts her visit to “Unseen Stars,” Trevor Paglen’s (temporarily closed) solo exhibition at OGR Torino in Turin, Italy. Revisiting his spacefaring sculpture Orbital Reflector (2018), the show comprises a series of non-functional satellites Paglen designed together with aerospace engineers. Their featureless mirror-surfaces demonstrate what space exploration could look like if, as Debatty puts it, “it were not guided by nationalism, global surveillance, and industrial logics.”

We Make Money Not Art 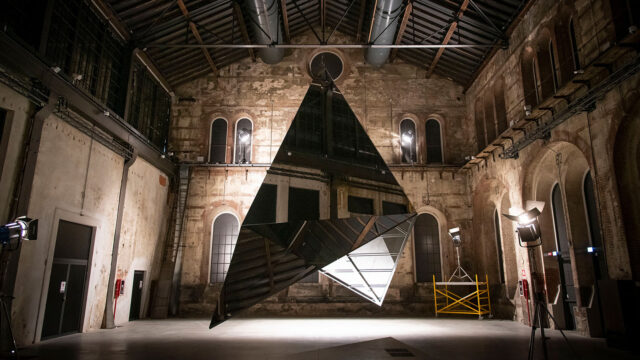 “I hope to inspire people like me to use their skillset for political purposes—hacking is political.”

– Hacker donk_enby, on scraping more than 56.7 terabytes of data from the far-right social network Parler before Amazon Web Services, Google, and Apple pulled its plug. Instrumental in organizing the Jan 6 attack on the U.S. Capitol, the network’s data dump might help reconstruct the events, donk_enby explains: “I hope that it can be used to hold people accountable and to prevent more death.”
Vice
● 12/01/2021 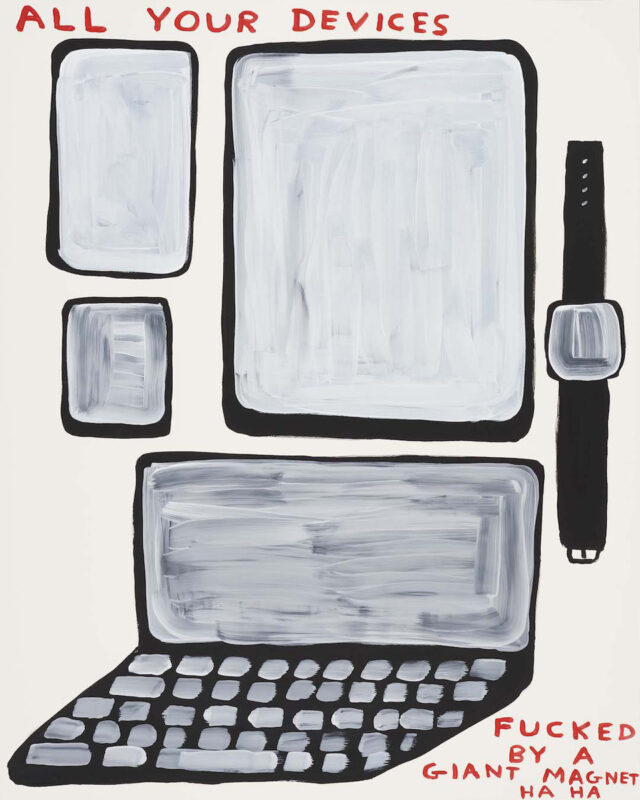 “It’s important to move away from the idea of energy as a metaphor ‘tinged with virtue’ and towards a concept of energy as a ‘scientific entity’ with a material imprint. This, I would argue, is where artists come in.”

– Chloe Stead, exploring “new ways of thinking about, valuing, and inhabiting energy systems” (as laid out by political scientist Cara New Daggett) and how artists may give shape to them
Life, After the Crash
● 11/01/2021

Inspired by how SCOBY (symbiotic culture of bacteria and yeast) is used to ferment kombucha, MIT and Imperial College London researchers have produced several proof of concept living materials. Drawing on the flexibility of lab-grown yeast, Timothy Lu (MIT) and Tom Ellis (Imperial College) have produced microbe cultures that detect environmental pollutants, and glow in the dark when exposed to certain hues of light. “We foresee a future where diverse materials could be grown at home or in local production facilities, using biology rather than resource-intensive centralized manufacturing,” says Lu.

“What you’re offering by [encoding digital data as DNA] inside the cell is the machinery the cell has to protect its DNA.”

– Harris Wang, system biologist at Columbia University, on successfully inserting binary code for “hello world!” into the DNA of living E. coli bacteria using CRISPR. In their paper, Wang and team claim that, compared to other DNA-based data-storage methods that rely on in vitro synthesis, in-cell encoding can maintain information over many generations in natural open environments.
New Scientist
● 09/01/2021 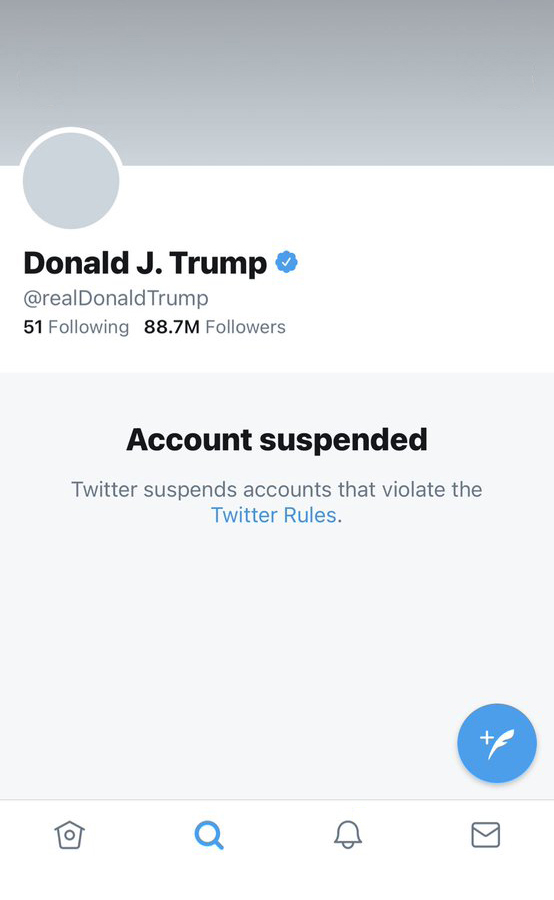 “I find virtual studio visits most successful when I get a tour of artists’ hard drives—having their desktop appear on my own creates an interesting new form of shared space.”

– Digital art curator Christiane Paul, on the merits of screen-sharing, PDFs, and personalized Zoom backgrounds in a survey conducted by Rea McNamara (that also includes Jeremy Bailey, Faith Holland, Skawennati, and others)
Hyperallergic
We use cookies to ensure that we give you the best experience on our website. If you continue to use this site we will assume that you are happy with it.OKNOPrivacy policy