Previously dated to the early Bronze Age, archaeologists from Goethe University Frankfurt and Ludwig-Maximilian University in Munich have just estimated that the Nebra sky disk is 1,000 years younger than previously believed. If true, and the disk—up until now considered the oldest depiction of the cosmos—was produced in the Iron rather than Bronze age, the cultural significance of its representation is now wide open for reconsideration. 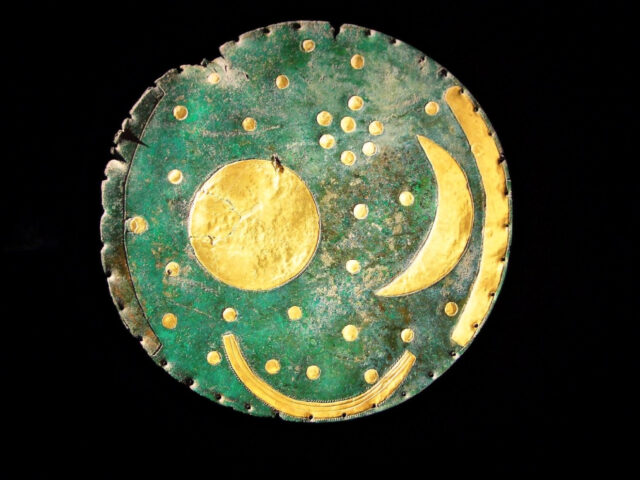 Welcome to HOLO 2.5, the new digital arm of HOLO magazine! We don’t think it’s odd to be celebrating an in-between issue as HOLO is all about interstices: first between disciplines, now between mediums. Please take a look around; for more details on our new online home read the welcome note, linked below.
HOLO Blog

“He knew as little as I did about how to make the computer draw. But he trusted me, his student. Throughout my academic career, I tried to follow Prof. Knödel’s example—trusting students rather than mistrusting them. Isn’t this what teaching is all about?”

– Frieder Nake, on the 1963 assignment that got him into making computer art—writing software for the University of Stuttgart’s brand-new drawing machine, the Zuse Z64 Graphomat [quote edited]
Digital Art Museum
● 25/11/2020
OUT NOW: 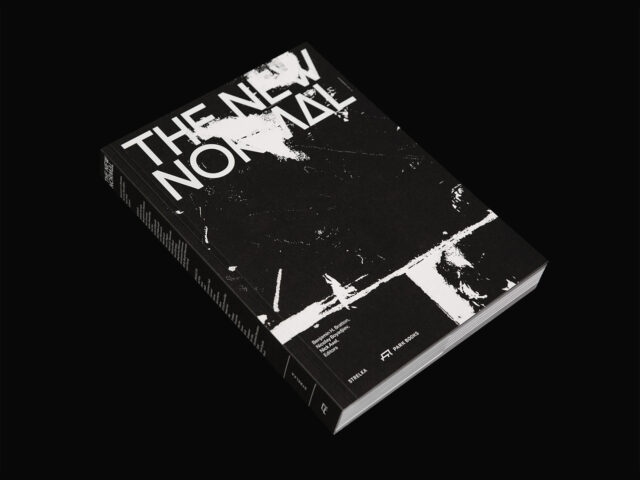 A recent paper by amateur astronomer and YouTuber Alberto Caballero identifies a possible source of the Wow! signal, the curious cosmic radio blitz recorded in 1977 that expedited the search for extraterrestrial intelligence and puzzles experts to this day. Looking for “sun-like stars that might host an exoplanet capable of supporting intelligent life” in the signal’s celestial region, Caballero scanned ESA’s 1.3 billion star-strong Gaia database and found a potential match: “This candidate source, which is named 2MASS 19281982-2640123, therefore becomes an ideal target to conduct observations in the search for potentially habitable exoplanets.” 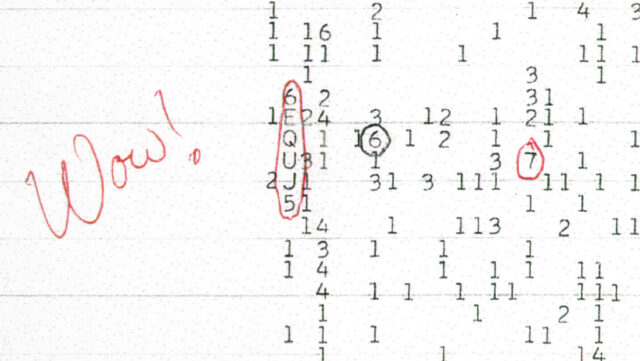 “I believe this is definitely by John.”

– David Zwirner, gallerist of American Minimalist John McCracken (1934-2011), on the mysterious monolith discovered in remote southern Utah. McCracken was best known for his plinth-like reflective sculptures that he frequently likened to something that an alien visitor might leave behind on earth.
New York Times 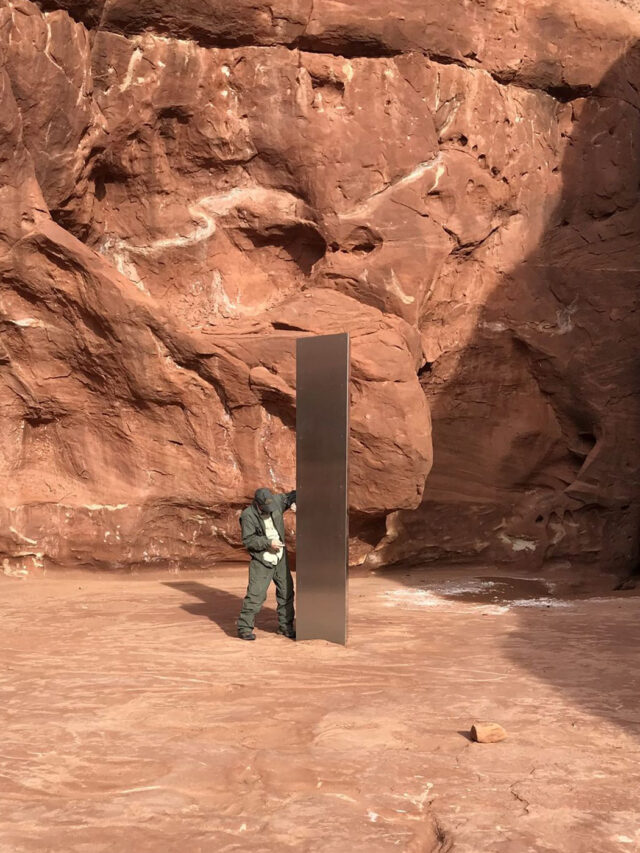 ● 24/11/2020
Algorithmic production has the potential to “free overworked and underpaid artists to pursue the aspects of their art that are most enjoyable, creative, or personally fulfilling.” Beyond the expected skepticism, Matthew Braga considers the nuances of automation, and draws on recent projects by writer Robin Sloan and musician Holly Herndon to illustrate how it might aid and augment beleaguered and spread-too-thin creatives.
Digital Economies Reader

“Like all technologies, light reflects larger expressions of power, carving up an architecture of visibility that shapes how lives are led at night, providing shelter for some and harmful exposure for others.”

– Lauren Collee, on the politics of public lighting—from the street lanterns of 17th century Paris to the networked lampposts of the smart city
Real Life
● 22/11/2020

“…as familiarity with coding increases, more people will use that skill to produce music or art. There are people who say ‘I spend all day behind a computer; the last thing I want to do after work is look at a computer again,’ but for me, the computer is not a burden but more like water. I don’t think I’m alone in that regard.”

– Keeley Haftner, on her decision to make waste a driving force in her material-focused practice, during “Sustainable Approaches to Making,” a panel organized by Toronto’s InterAccess
YouTube 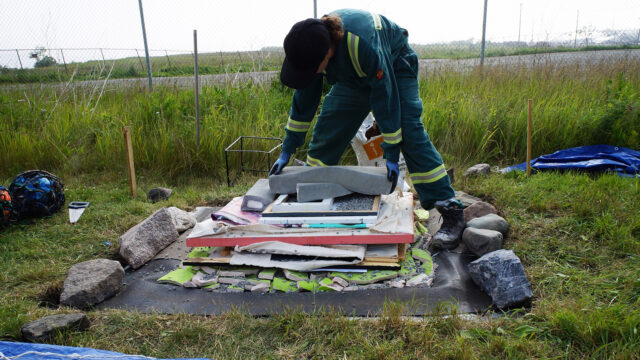 Editors Domenico Quaranta and Janez Janša join a host of contributors in schematizing our current regime of 24/7 work, exploitation, and self-valorization.
Nero Editions 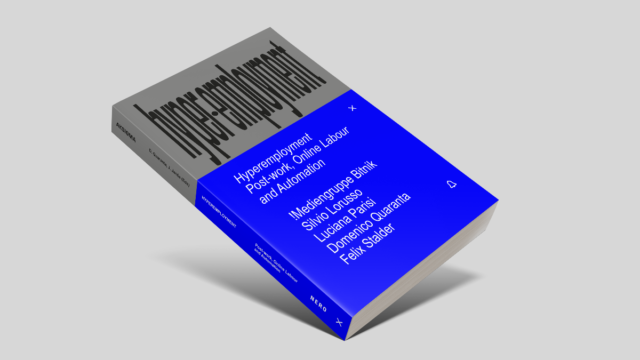 Ahead of the sunsetting of Adobe Flash on Dec 31, the Internet Archive announces the preservation of Flash content—SWF files—through emulation. First introduced by Macromedia in 1996, the software was vital for dynamizing the early Web. “From roughly 2000 to 2005, Flash was the top of the heap for a generation of artists, animators, and small studios,” writes archivist Jason Scott, warning that a big part of Internet history is now “in true danger of sinking beneath the sea.” To run Flash files without the discontinued player, the non-profit digital library incorporated Ruffle, an in-development emulator, into the site. Thus far, more than 1,000 Flash classics have been ‘resurrected.’

The U.S. National Science Foundation (NSF) announces the decommission of the Arecibo Observatory after another snapped cable had caused further damages to its iconic radio dish. The decision was made when several independent engineering companies assessed that the telescope structure is “in danger of a catastrophic failure” and recommended controlled demolition “as soon as pragmatically possible.” Gutted by the news, scientists around the world flood social media with #WhatAreciboMeansToMe posts. 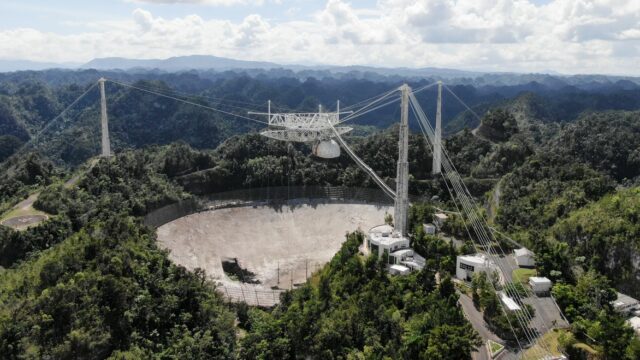 “If the surface internet is like Art Basel, then the darknet would be your artist-run space in a dirty basement in Bushwick.”

– Artist Franco Mattes, on “Time Out of Joint,” an online exhibition he and partner Eva curated on the darknet—“a remote location at the ‘periphery’ of the Internet”—as part of the 2020 Yerevan Biennial. The show features new works by, among others, Joshua Citarella, Clusterduck, David Horvitz, Vladan Joler, and Amalia Ulman and will run through Jan 2021.
Facebook
● 17/11/2020

In their latest investigation, London-based research agency Forensic Architecture reconstruct the Beirut port explosion that killed more than two hundred people, wounded over 6,500, and destroyed large parts of the city on the evening of Aug 4. Using open-source information including videos, photographs, and documents provided by the independent Egyptian online newspaper Mada Masr, project lead Samaneh Moafi and team provide a meticulous, evidence-based picture of the events and “the multiple layers of state negligence” at play that day. 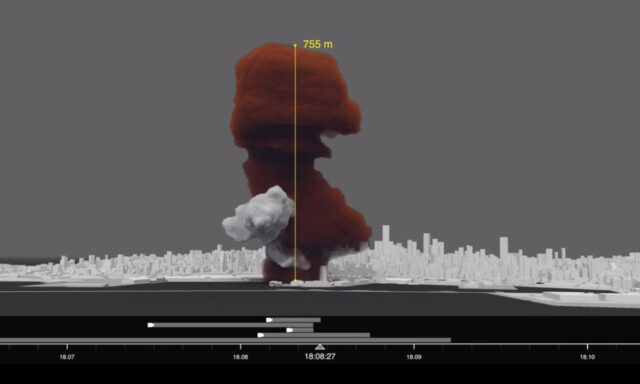 “GPT-3 is an extraordinary piece of technology, but as intelligent, conscious, smart, aware, perceptive, insightful, sensitive and sensible (etc.) as an old typewriter.”

– Researchers Luciano Floridi and Massimo Chiriatti, demonstrating that OpenAI’s third-generation language prediction model fails the Turing test in their recent paper “GPT‑3: Its Nature, Scope, Limits, and Consequences”—which, as artist, designer, and educator Tobias Revell points out, confirms “one of the oldest mistakes in the book; mistaking correlation for causation.”
The Bounding Box
We use cookies to ensure that we give you the best experience on our website. If you continue to use this site we will assume that you are happy with it.OKNOPrivacy policy