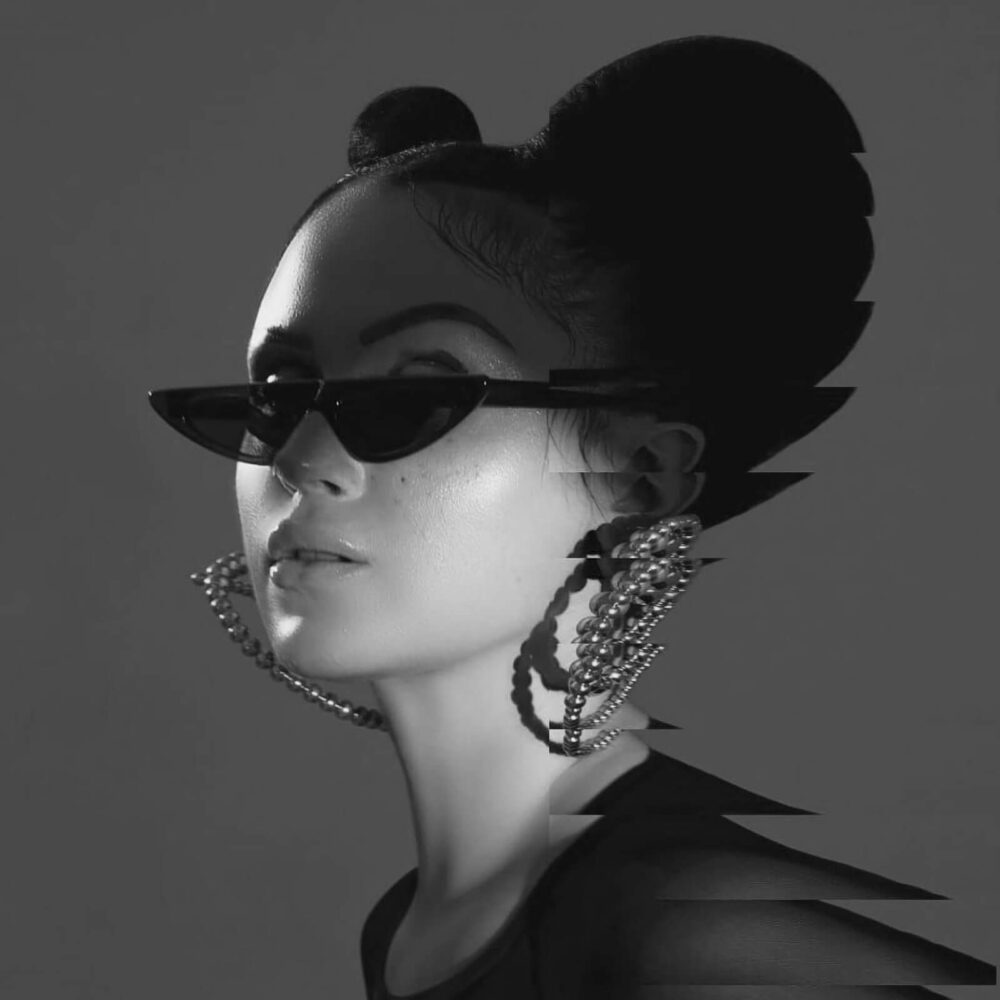 Viktoria Modesta is a bionic pop artist and creative director. Brought up in London and now based in LA, Modesta is known for her multidisciplinary approach to future pop and performance art with a posthuman edge. Her work embodies sci-fi in real life bridging music, body art, sculptural tech-fashion, and an otherworldly narrative. Modesta changed the world’s perspective on post-disability when she performed as the Snow Queen during the Paralympics 2012, wearing a diamond-encrusted prosthetic.
Soundbite:
“At the age of twenty I decided to have a voluntary amputation in order to safeguard my health and that just opened a Pandora’s Box. At the time I was so inspired by Alexander McQueen, Matthew Barney, and the choreographer Ganesh Acharya–and I wanted to see what the modern interpretation of being your own creator is. What happens when you become your own muse.”
Viktoria Modesta, describing her artistic awakening

Viktoria Modesta is a self-described ‘bionic popstar’ and the fact that framing is so singular is compelling. In all her augmented fierencess, she commands a spot in the pantheon of what a popstar (or anti-popstar) might be alongside fellow trailblazers Arca or Sophie. While pop stars might not have quite the same wattage they used to, they might be getting more interesting. And a line of reasoning Modesta kept returning to that was tantalizing was the idea of ‘constructing’ a popstar or diva as making an avatar or worldbuilding.

As with feature films, pop stars are constructs that emerge from the collaboration of large multidisciplinary teams—but all too often erroneously attributed to a ‘lone auteur.’ Viktoria Modesta was refreshingly candid about how her ideas emerge from close collaboration with niche specialists spanning not just cinematography and production but wearable tech and software art.

Soundbite:
“After being born in the USSR and going through hell a lot of the time—being in and out of hospitals—I found myself in London at the age of twelve and at the epicentre of subculture. I spent time interfacing with the most extreme and underground performers, artists, body artists, performance artists, musicians. At the time, it was the perfect escape for me, really, to study how we can redesign our identity through the arts.”
Viktoria Modesta, on her formative years in London

Soundbite:
“In 2012, I played the Paralympics closing ceremony and shortly after that I was fronting the Channel 4 campaign for Born Risky, which was the first ever piece of content that had any kind of budget behind it that tried to tackle how to rebrand disability with a much more bold creative approach.”
Viktoria Modesta, on the two opportunities that put her on the map

Reference:
The release of “Prototype” (2014) was a breakthrough moment for Viktoria Modesta. Directed by Saam Farahmand for Channel 4, the video asked viewers to “forget what they know about disability” and foregrounded an intensely positive (and intensely aestheticized) vision of augmentation and empowerment. Modesta slides and struts on illuminated and diamond encrusted prosthetics, asserting “I’m the pro. I’m the pro. Im the prototype.” Instead of falling back on narratives of ‘overcoming hardship’ (less than) she confidently positions herself as more than human. The video struck a major chord on release, raking up millions of views on YouTube, and earned Modesta a global platform.

Like many creators Viktoria Modesta used the Foundation platform to capitalize on her pop culture cache at the peak of the first wave of NFT mania. Distilling her “Prototype” video ‘spike dance’ sequence down to its most iconic moments—stripping away the song entirely—it serves a posthuman ballet of measured footsteps and scraping metal. Given the video‘s cultural impact, the short animation commanded an expectedly high fee of 30 ETH (worth $52,000 USD, at the time).
Soundbite:
“I feel very distant from a lot of the traditional ideas of transhumanism, cyborgs, and all that. I hope, however, that the pandemic, a time of reduced mobility, inspires people to think about their body and how it interfaces with technology.”
Viktoria Modesta, on stillness and introspection 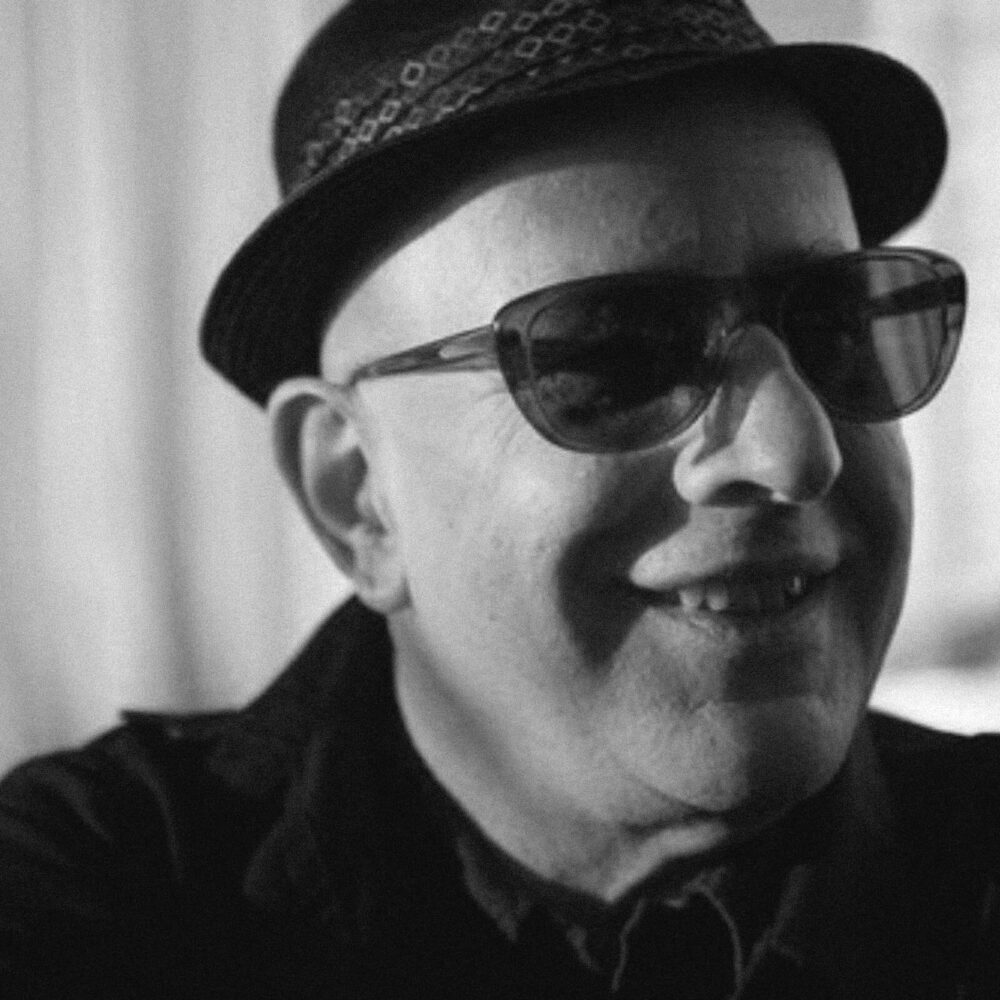 David Hershkovits is the founder of Paper magazine and currently hosts The Light Culture podcast where he interviews cultural disruptors of the past, present, and future. Steeped in the legacy of New York in the 80s, he focuses on the crossover of creative scenes and movements from the underground to pop. He has written for many publications and taught at University of New Orleans and in the School of Media Studies at CUNY, Queens College.
Soundbite:
“You’re obviously brave, but from a business view: when your ‘Prototype’ video became a viral success story, and suddenly people wanted you to work with them and you had many offers that you could have pursued in music and pop culture—and you walked away from all that to the MIT Media Lab, which took you to another world.”
David Hershkovits, acknowledging how Modesta easily could have focused on stardom after breaking through

Soundbite:
“I went on to work with a number of incredible innovators and that was all thanks to the MIT Media Lab. I became a fellow there six years ago and I think that was the teleport moment. I went from hospitals in the USSR, to London’s wildest subcultures, to the Media Lab in America.”
Viktoria Modesta, plotting her geographic trajectory 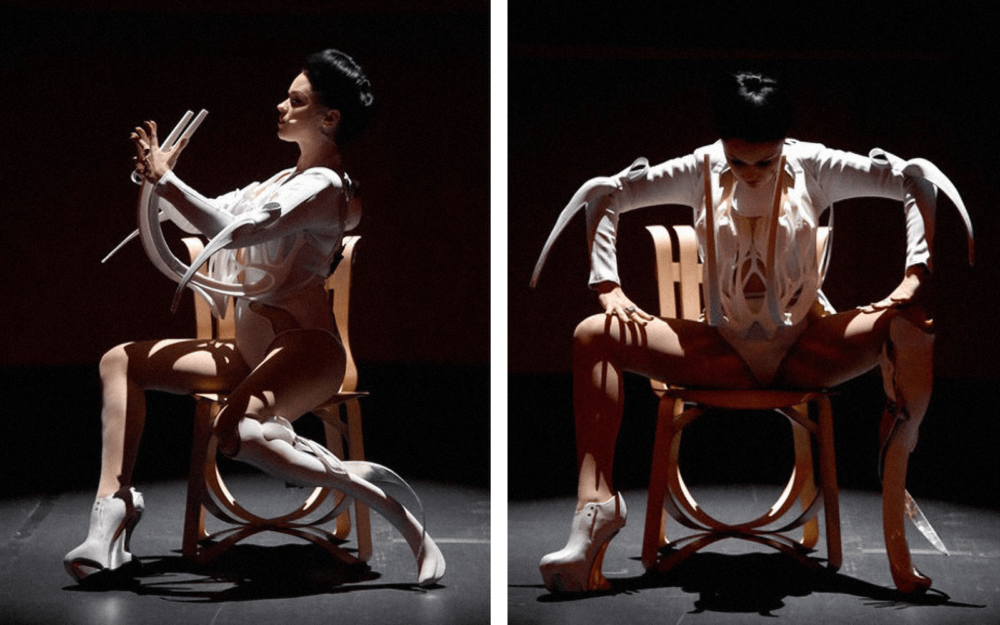 Project:
In 2017, Victoria Modesta collaborated with a cadre of digital artists to produce Sonifica, a performance of “3D printed interactive instrumentations focused on the taxonomy of art, technology and architecture” that was presented during Art Basel Miami. Working closely with fashion tech designer Anouk Wipprecht and fabrication specialists MONAD Studio, the collective developed interactive kit for Modesta including a accelerator-equipped prosthetic leg and bustier tusks that allowed her to play and modulate samples based on here movement. Improvising with MONAD’s ensemble of digitally fabricated instruments (playing strange quasi-violins) she blurred the line between fashion, prosthetic, and instrument.
Soundbite:
“Thirty-three years ago, everything that was on the periphery of my imagination, all of those projects—I’m working on them now. Looking back on it, some of my initial designs and worldbuilding with my body and the wearables, I was designing an avatar before I ever really thought about it. At the moment, I’m leaning into this amazing collective energy of people exploring everything from digital fashion, to virtual production to using AI, to the introduction of crypto art—it’s sort of everything I’ve been waiting for.”
Viktoria Modesta, being excited about the present 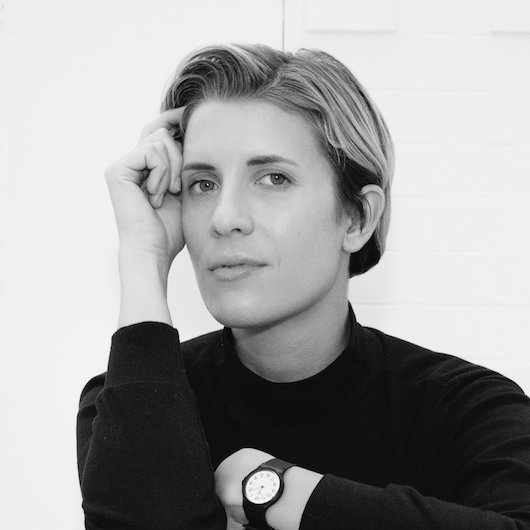 Modesta’s disability, the fact that she is missing a piece of her biological body, has given her a sense of the body as a mutable tool, which can be adapted, refined, and modified to suit different purposes. It’s also given her a sensitivity to the experiential aspects of identity—how it feels to be able to swap out parts of yourself. She brings this perspective to the formation of her digital identity, and seems energized by the idea of porting her work to the metaverse. Modesta indicated that the pandemic has served as a catalyst for people to take virtual identity seriously, largely because virtuality has become a more embodied experience—we’re living on our computers, she says, and suddenly realizing “wow, this is real life.” She hopes that people, contending with the limited mobility of their quarantine experiences, will start to think more deeply about what their body is, and how it interfaces with technology. Of course, people with disabilities have always been at the forefront of these questions, particularly when it comes to embodiment in virtual space. I think it’s instructive to look at the disability community in Second Life, which has been thinking through these issues for decades. A key reference for me is Our Digital Selves: My Avatar is Me, a documentary exploring the experiences of 13 people with disabilities in the virtual worlds of Second Life, High Fidelity, and Sansar, which was the product of a three-year research study on embodiment and placemaking in VR.