Maarten Vanden Eynde is a Brussels and Saint Mihiel (FR)-based artist focused on environmental history—in his practice, he “stops the clock” and “unravels the process and consequence of time.” A graduate of Amsterdam’s Gerrit Rietveld Academy (2000), he has participated in the experimental MSA^ Mountain School of Arts in Los Angeles (2006), and done graduate studies at HISK Higher Institute for Fine Arts in Ghent (2009), where he is a regular guest tutor. He is currently a PhD candidate at the University of Bergen in Norway, studying the political economy of resources including copper, cotton, ivory, lithium, and oil.

What just happened? On September 16th, “Tracing Memories” opened at Berlin’s NOME gallery. Tracing two decades of Maarten Vanden Eynde’s work, the show present sculptural encapsulations of the Belgian artist’s driving artistic question: “how will we look back to the past in the future?” Presented are future-historical vignettes in compounding pollution, fragile supply chains, ceaseless mass production, and the ephemerality of memory.

Q: There is a voluminous amount of work in this show that stretches back to the early 2000s; well-represented is your Genetologic Research series, which presents a variety of imaginary future artifacts. Could you describe the centrality of the future-historical perspective in your practice? How did you start working in this manner and how has it evolved through iteration?
A: Genetology saved my life and my career to a certain degree, as I was quite stuck and miserable after I graduated from art school in 2000. I wrote my final thesis about the end of the world, looking at different scientific end scenarios and possible apocalypses throughout history in different religions. It took a while before I got out of this self-inflicted mild depression. I just didn’t know what to do, until in 2003 I came up with the idea of a new beginning, after an inevitable end, or the self-invented ‘science of first things.’ When you skip the apocalypse, and you start to put yourself in the place and time that comes after that, a very different universe of imagination and speculation opens up. I needed this subjective freedom to both work with and work within, to be able to make sense of my work. Genetology is the opposite of Eschatology, the science of last things. It merges religion and science, knowing and believing. Genetology is positioned in time after Eschatology, looking at the future past.

For about ten years I collected any kind of information I could find that could help me define Genetology, and to my great surprise I found proof of its existence in most sciences. It seems that after the past and the present, the current theorem, or Foucauldian épistème, is the future. This exercise of imagining a future backwards looking angle helps tremendously in understanding what is going on right now, where we are going, and what kind of heritage we will leave behind for future generations and/or species. Thinking of possible material traces of human presence on Earth in the far future can alter decision making in the present.
“When you skip the apocalypse, and you start to put yourself in the place and time that comes after that, a very different universe of imagination and speculation opens up.”
Q: Your practice revels in the industrious triumphs and abject folly of humanity, monumentalizing mass produced junk and oceanic garbage patches alongside feats of engineering. While there are warnings of obsolescence and plenty of future relics, I don’t get the sense you are scolding viewers. Do you have goals for how viewers encounter and engage your work (and perhaps consider their culpability)?
A: No, I don’t like scolding or limiting viewers in how they should engage with my work. For most of human history there was no text for instance, either printed or digital, as writing is one of humanity’s later achievements. This is something that I increasingly take into account as much as possible when I make a work. It should be possible to ‘read’ the work without additional explanation. One should be able to experience it. Of course this leaves the work open for multiple interpretations, as different people will read something else in it, but that is fine by me. Works are not one-dimensional. They don’t need to be true or meaningful for everyone. Blurry boundaries of meaning and interpretation much better fit our constantly changing view on the world and our individual understanding of reality. This is how I like viewers to engage with my work, from their own perspective. 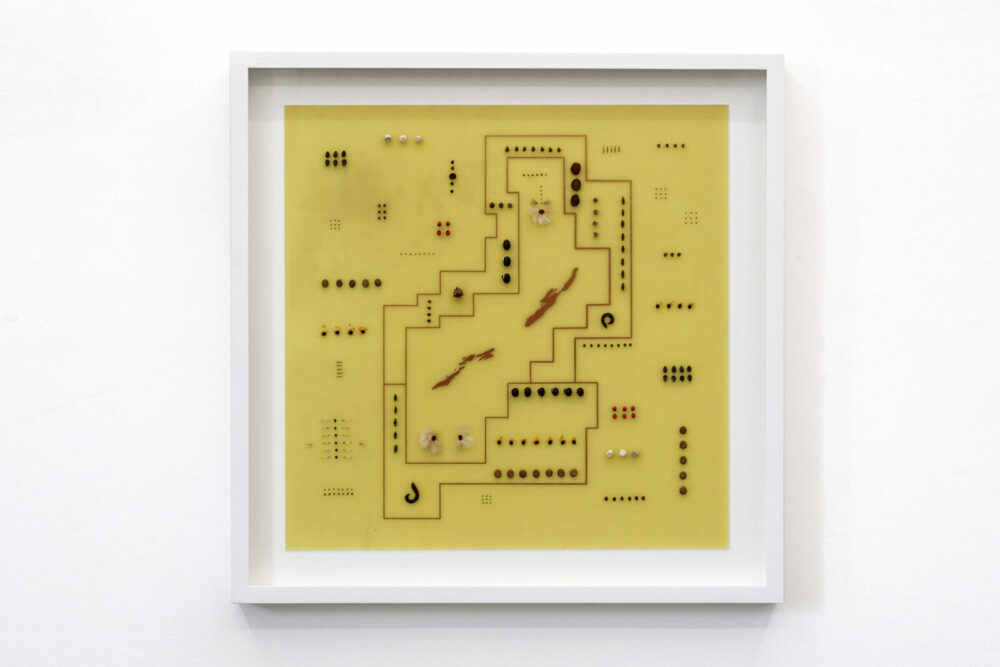 ‘Memory board’ mapping DR Congo mining concessions
Q: You’ve done numerous projects exploring colonial and postcolonial resource extraction from the Democratic Republic of the Congo. How has this research of (and more importantly time spent in) DR Congo affected your thinking about Belgium?
A: Spending time and working in DR Congo has not changed my view on Belgium in particular, but it made me more knowledgeable about colonial history and the persisting inequalities that came about as a result. It made me understand better what the long term implications are, both in Belgium and DR Congo and it made me use the term neo-colonialism more frequently instead of the obfuscating term postcolonial. Post-coloniality implies that it is over, the colonial era, which is of course a very dangerous and manipulative fiction. Whether you consider time as something circular or linear, everything that happened in the past is inevitably connected to and influencing the future: just because it is 2 o’clock doesn’t mean that everything that happened when it was 1 o’clock does not exist anymore. Globalization as a concept came into being after the collapse of colonial empires, but it is the same capitalistic emperor at the wheel, just in different clothes. Inequality is still the prerequisite base for economic growth, and as long as that is the dictum of the global power structures, be they nation states or companies, there will be no fundamental change, only variations of the same scheme.

An intervention in the Ruashi, DR Congo tourist sculpture market, Malachite Mobiles were made in collaboration with Fillot Ngoyi Makelele and Augy Ngoyi Twite for the Lubumbashi Biennial in 2015. Replacing the typical malachite crocodiles and frog figures tourists buy with Nokia, Apple, and Samsung handsets, the sculptural gesture not so subtly underscores the voluminous amounts of copper (malachite is up to 57% copper) mined in DR Congo each year, in support of global telephony.

Q: It’s clear you’re attuned to some of the farther reaches of our supply chain and our inability to recognize the implications of new (or defunct) technologies and cultural paradigms. What’s your reading on the fault lines the pandemic has exposed? Is a short term calamity like this of intense interest to you, or is it just a blip compared to the very long time spans central to your practice?
A: The pandemic is an important event for everyone who is alive right now as it reveals the fragility of our globalized production and distribution system. It’s an important lesson in dependency and interdependency, but whether it will be a blip in human history (like the so called ‘Spanish Flu’ from 100 years ago that comparably even resulted in a much higher mortality rate), or whether it will result in a recognizable trace in the future geological strata, that is not possible to predict. It all depends on what changes it sets in motion. Will human behaviour be altered to such a degree that it leaves a lasting trace? Is the difference big enough between a before and an after? I sincerely doubt it. I think enduring climate change or climate crisis as a root cause of societal breakdown is much more plausible. The subsequent changes it will inspire in human behaviour and movement, willingly or not, will be visible in the far future.
“I follow leftover crumbs that might lead to new insights and ideas, knowing very well that hazard and chance are as valuable and influential in arriving at an interesting narrative as determination.”
Q: All of your works encapsulate big swaths of cultural or material history and distill that down to a single artifact (e.g. an index chronicling Birmingham’s role in the Industrial Revolution). What is your research regime like for developing a project? How do you gather information and build a narrative?
A: That is difficult to answer as there is not one particular regime I use. In general I would say I’m interested in possible future traces of human presence on Earth and because this includes most, if not all, known fields of study and takes place in a timeframe between the emergence of Homo sapiens sapiens and a fictional transhumanist future, I read a lot about many different things. Slowly I get a better understanding of the whole and come up with pivotal events or inventions that are usually connected to particular and sometimes singular materials. These correlations or interconnections are used as inspiration to make artworks that condense the core issues.

When a larger research topic is involved, like the Industrial Revolution, control over fire or the invention of abstraction and mathematics, I read up on specific related materials or time periods as much as I can. This process takes years and sometimes decades and usually results in multiple works that deal with certain aspects of it. It will always be incomplete however and based on subjective interpretations by others, so I’m well aware that all I do is add new (subjective) stories to the book of life. I aim to know a little about a lot instead of a lot about very little. I follow leftover crumbs that might lead to new insights and ideas, knowing very well that hazard and chance are as valuable and influential in arriving at an interesting narrative as determination and continuation. Brain processes are very much influenced by external factors so sometimes making the blood run faster through your brain is enough to generate the necessary connections that were not there before, or reveal the last missing element to make a new work. 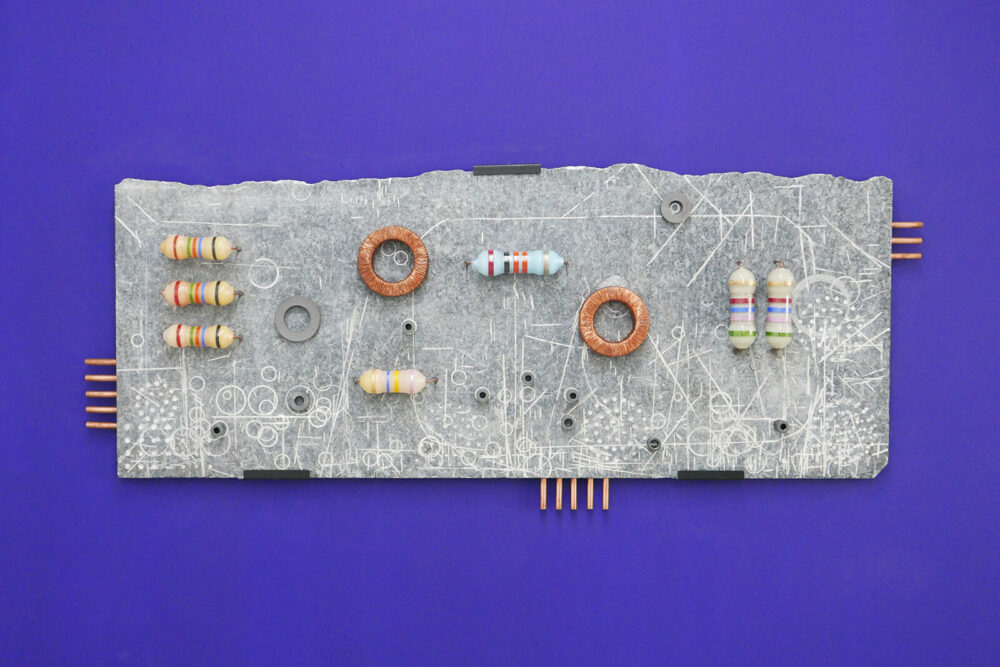 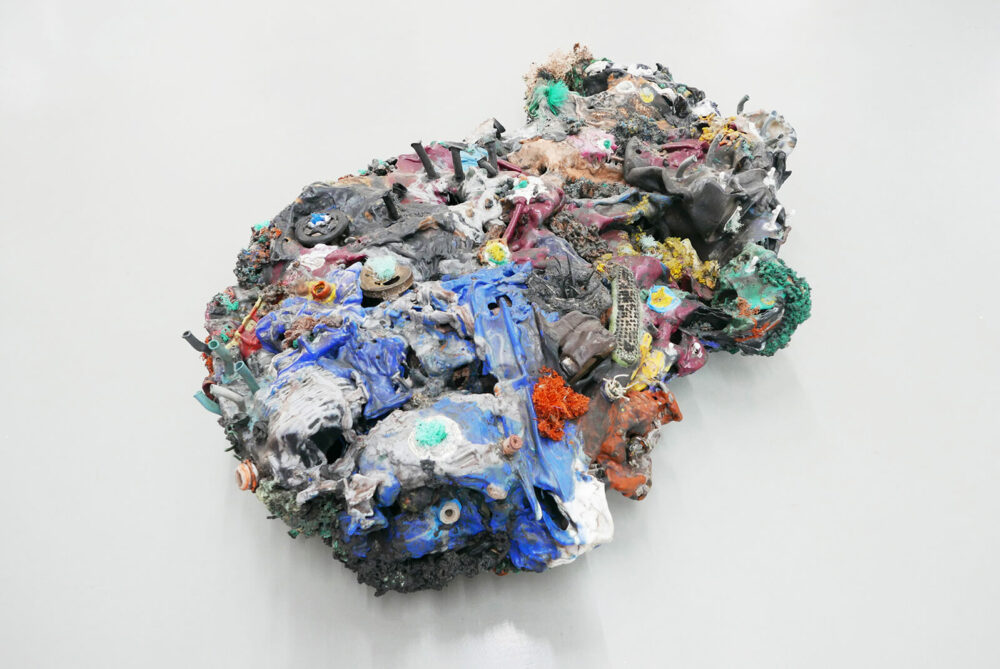 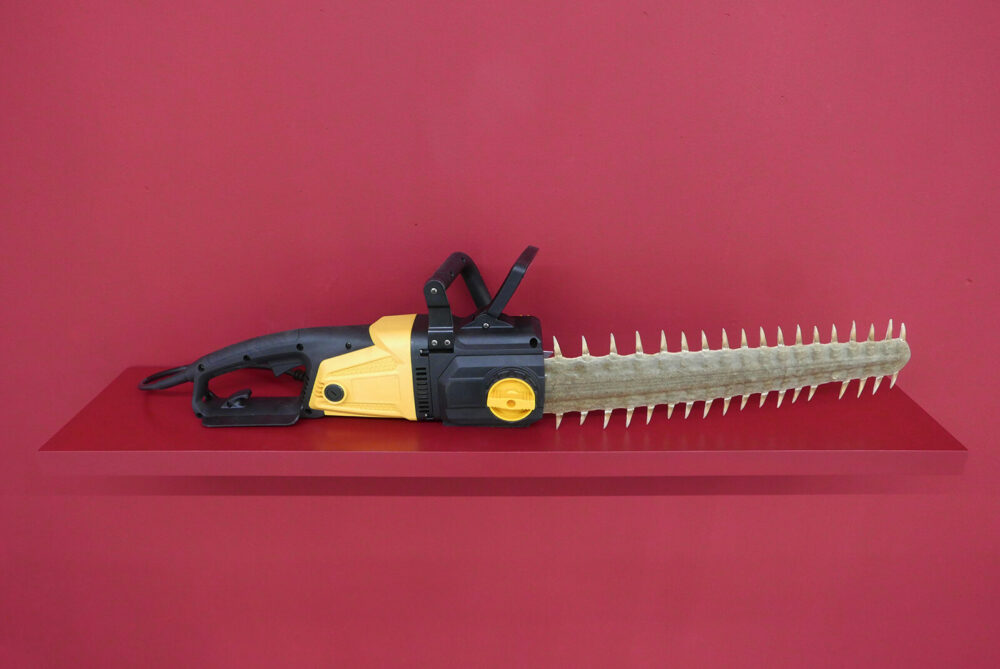 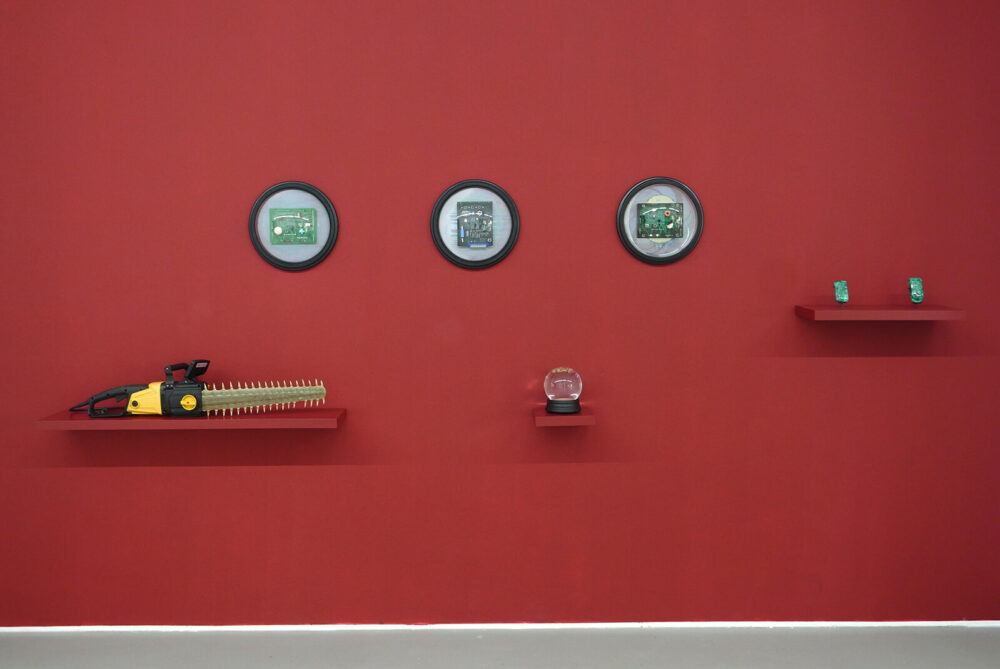 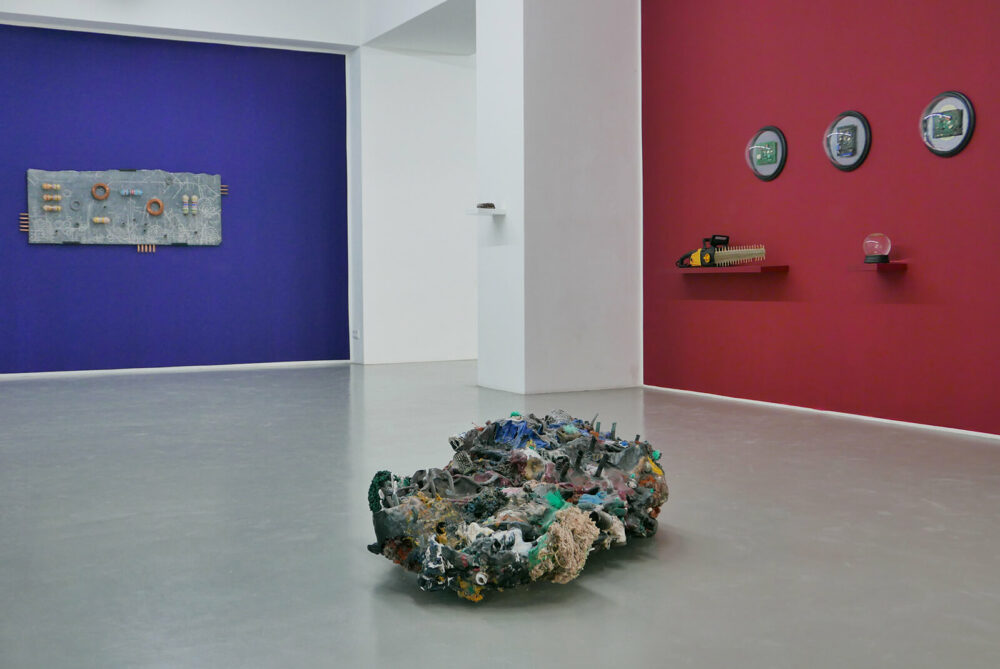 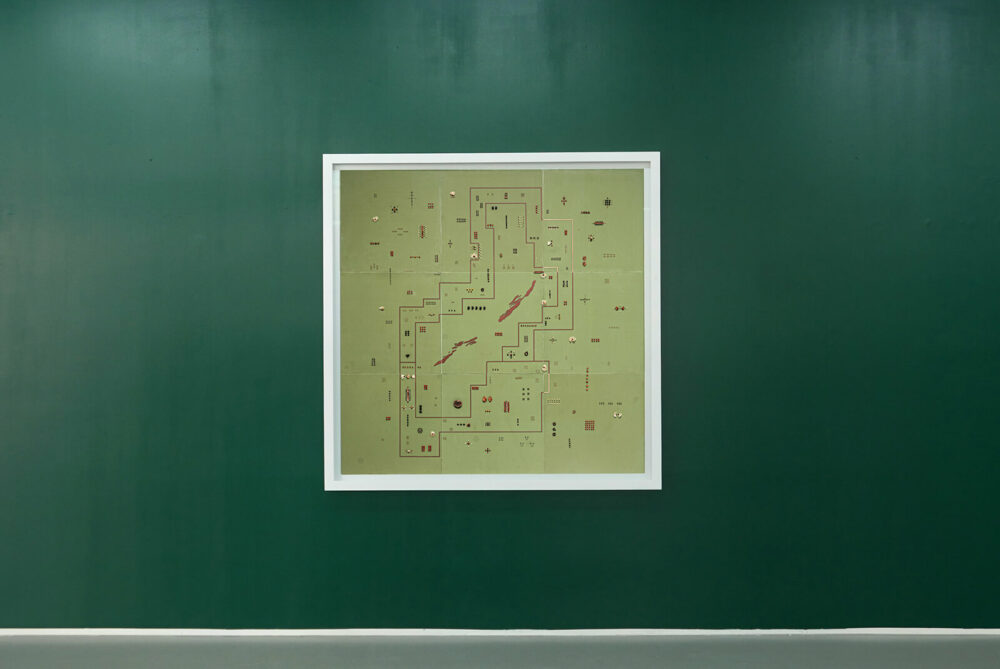 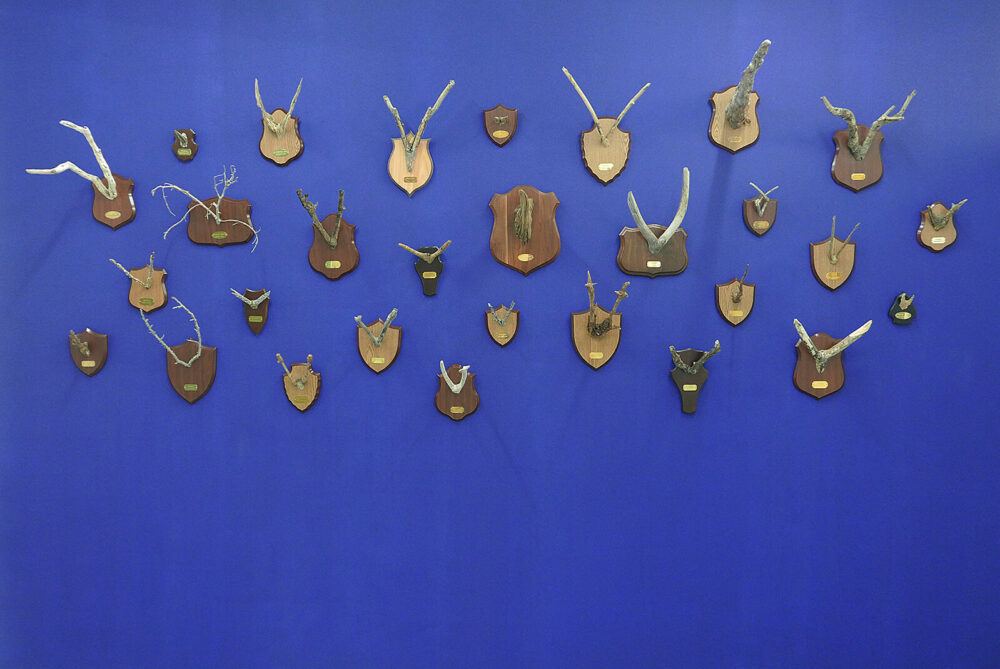 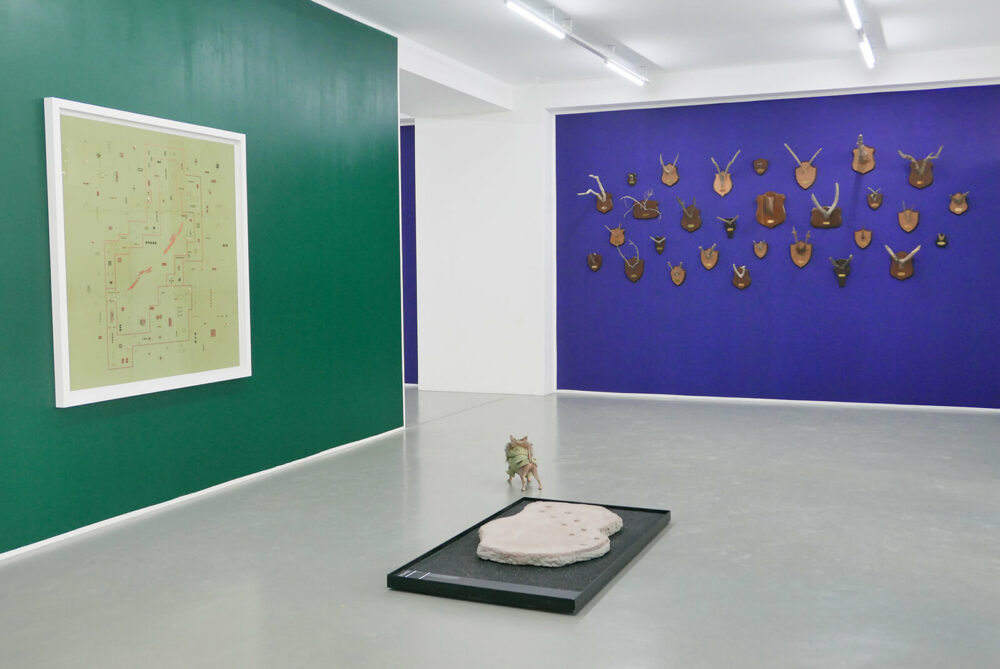 In this serial interview format, HOLO checks in with artists, designers, curators, and researchers to get the lowdown on a timely topic—be it a new project, exhibition, or current event that ‘just happened.’

Explore more of "What Just Happened:"

A writer and cultural worker based in Hamilton, Canada, Greg is an editor for HOLO and his writing has appeared in publications including Creative Applications Network, Musicworks, and Back Office. He is also a PhD candidate within the Department of Communication Studies and Multimedia at McMaster University, where he is researching the emergence of the programmable drum machine in the early 1980s. 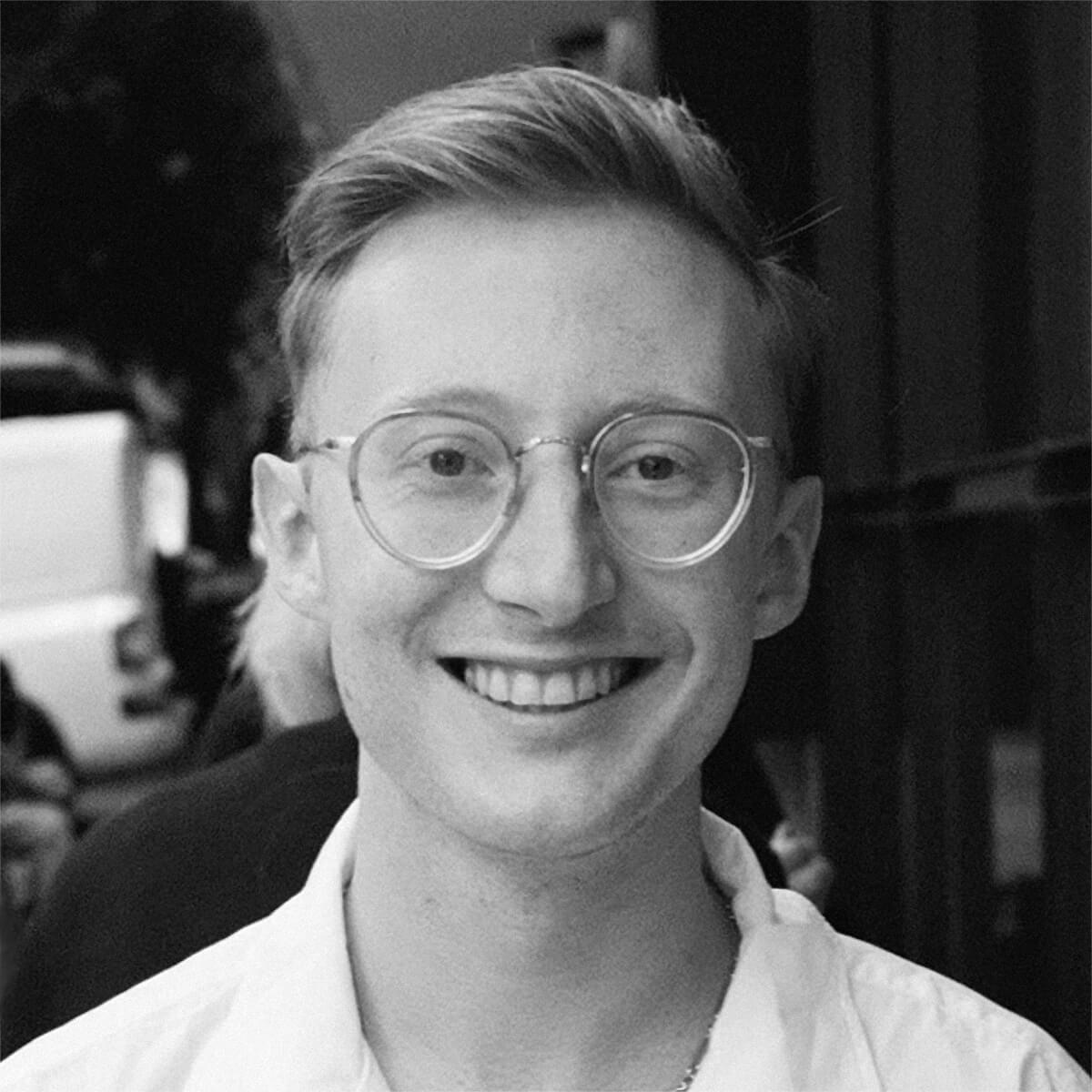 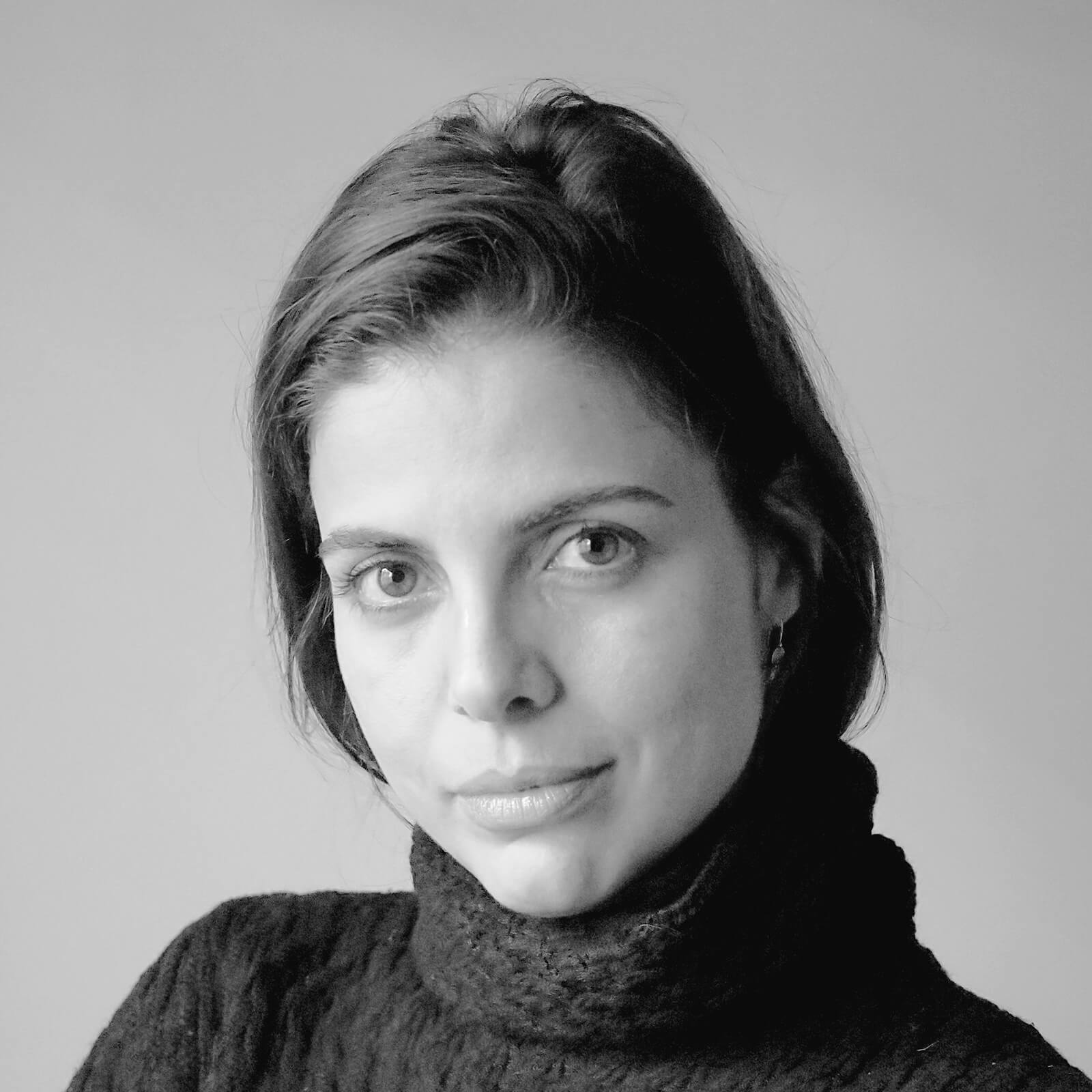 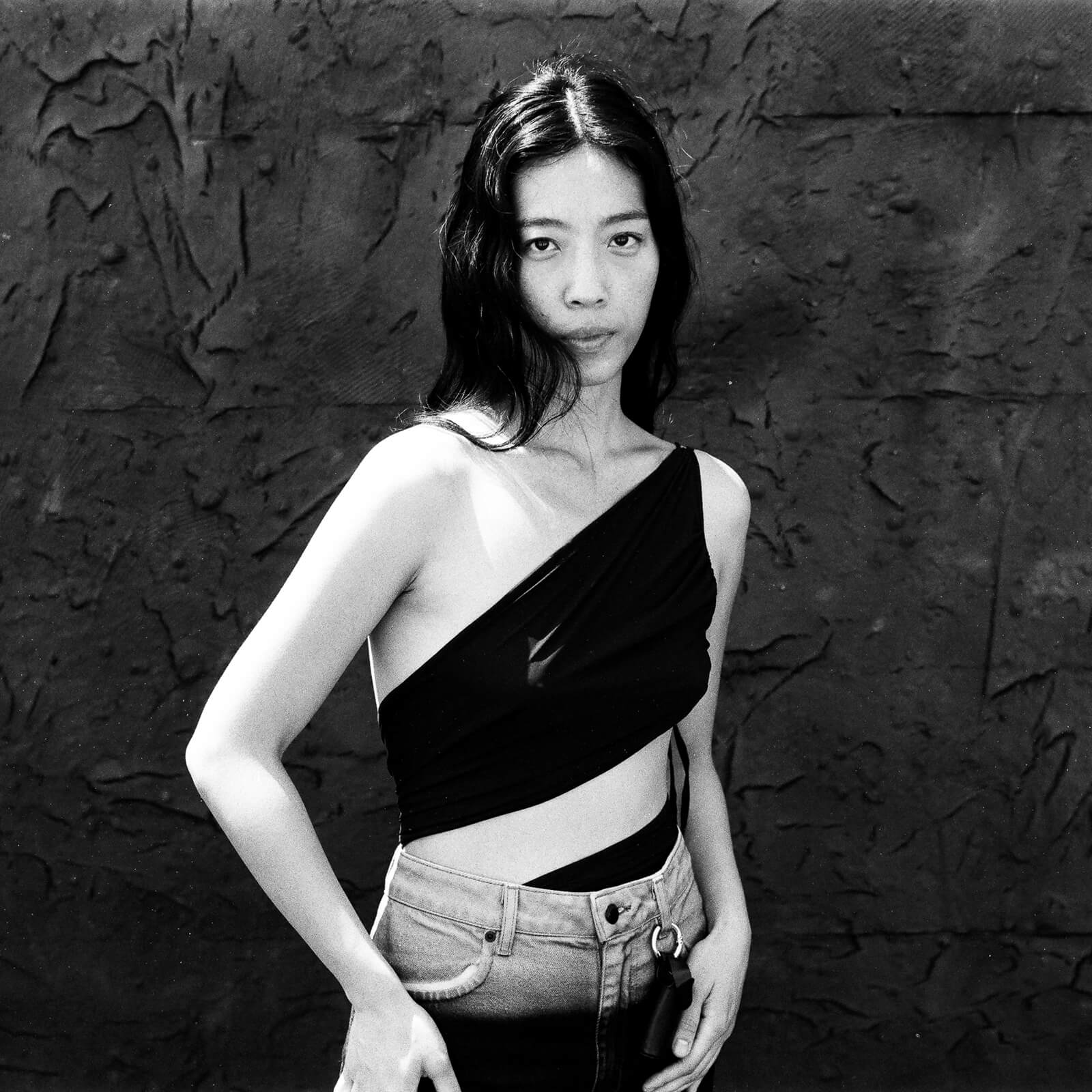 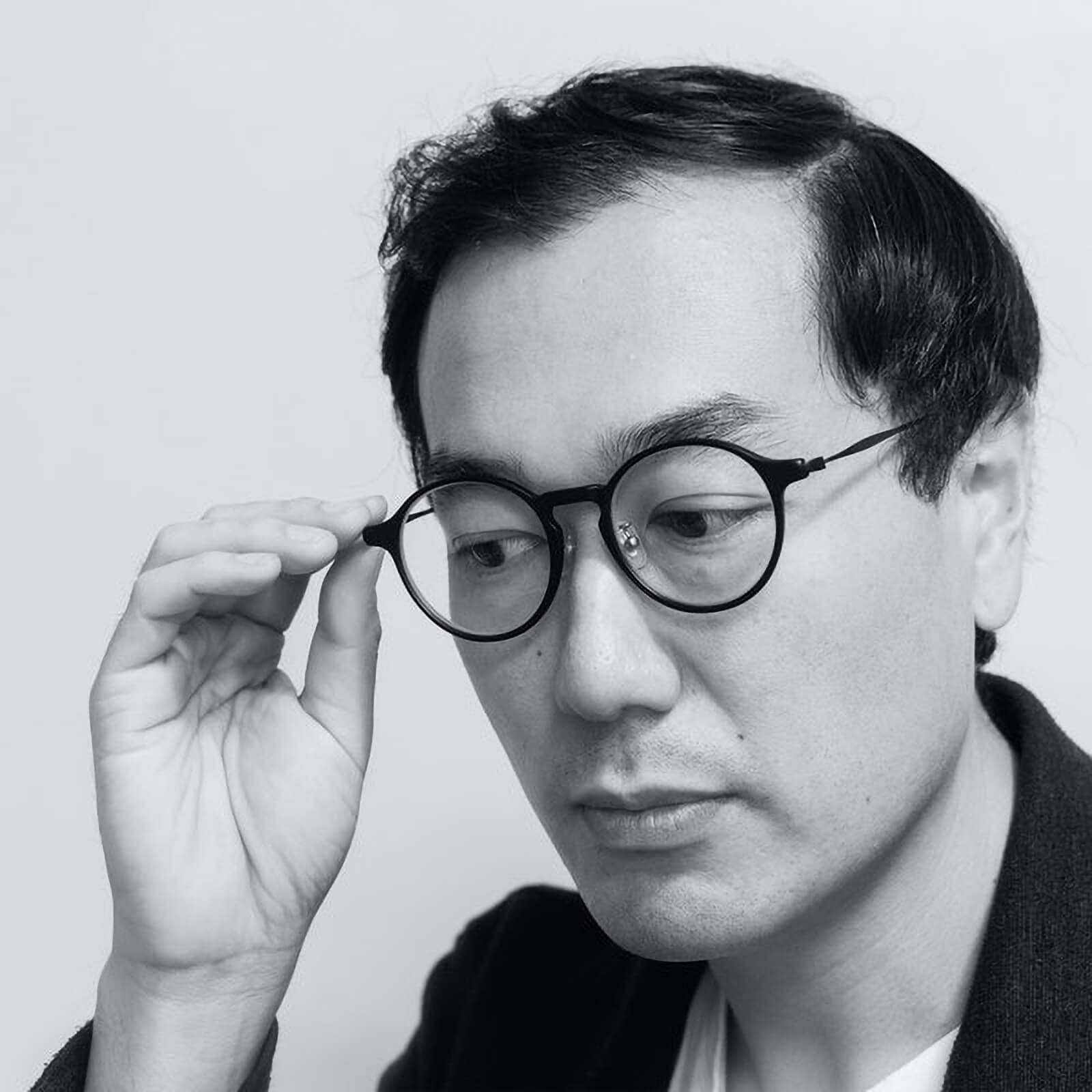 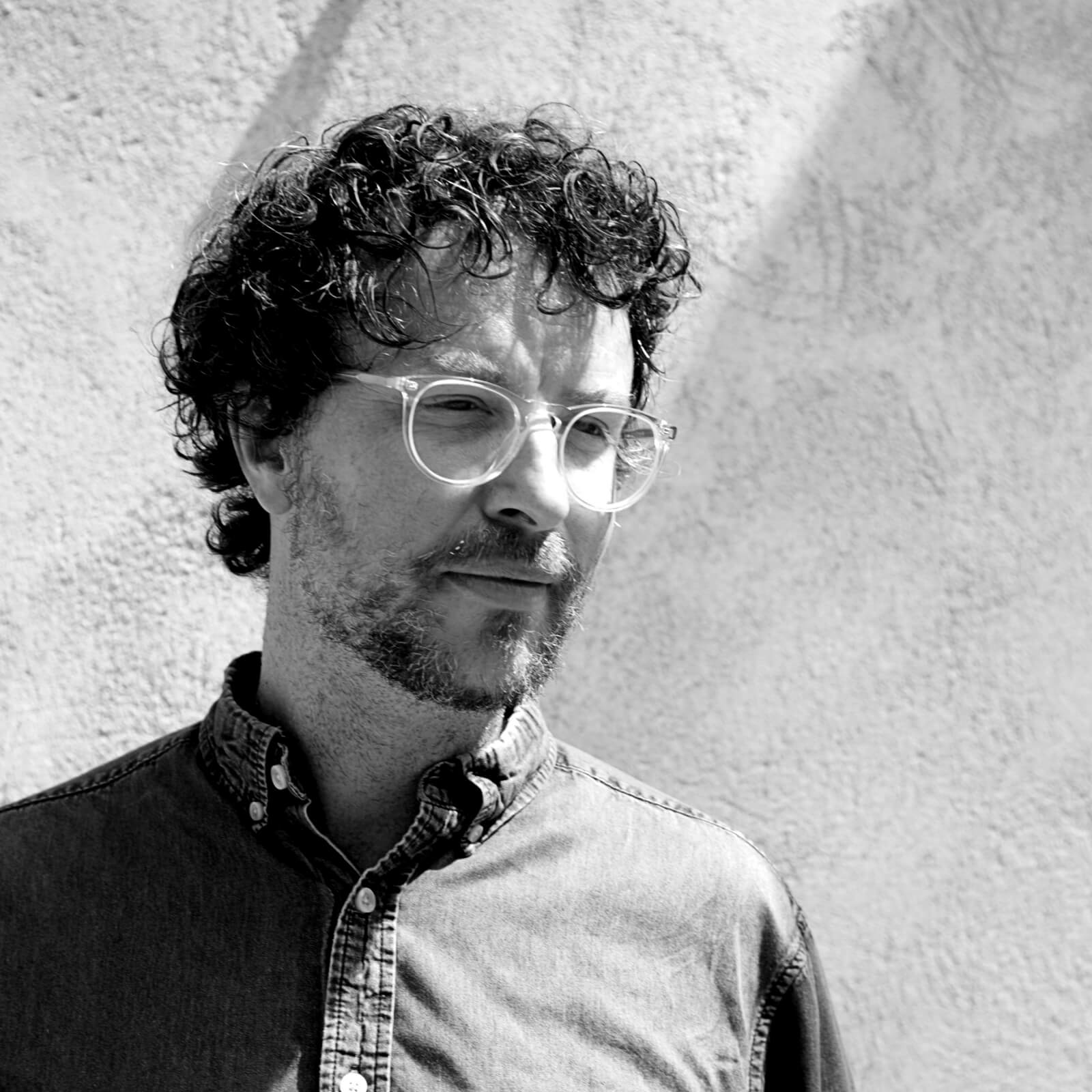 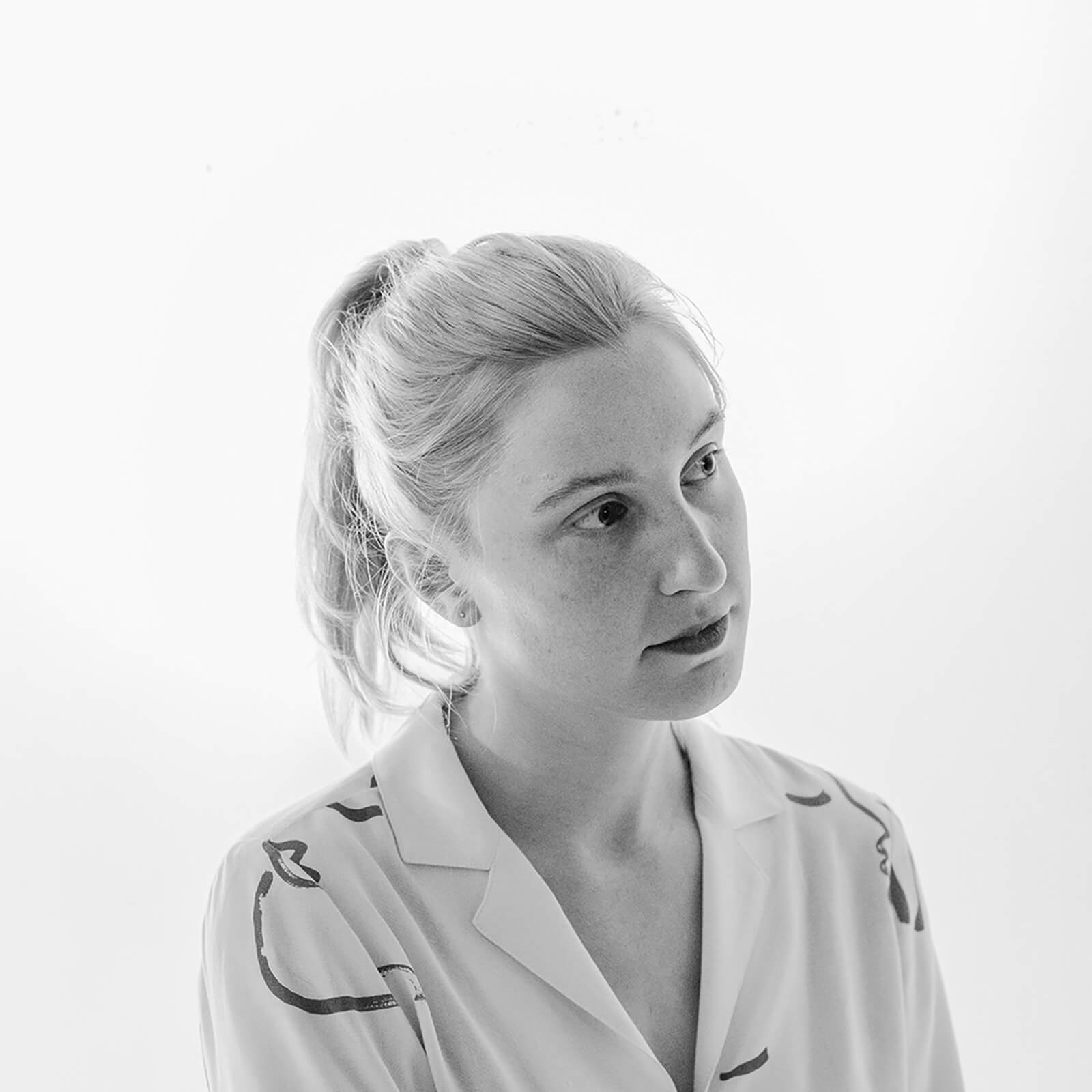 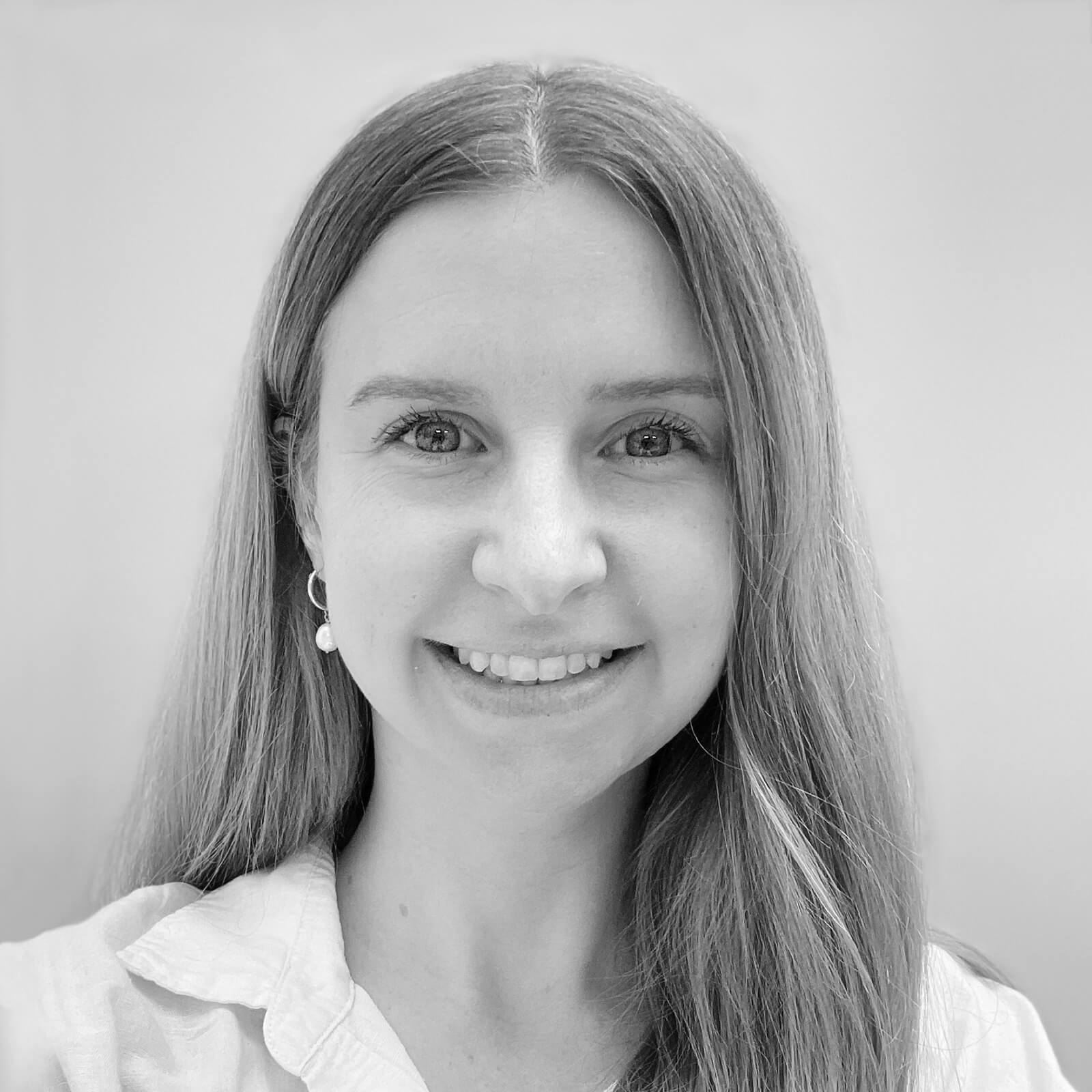 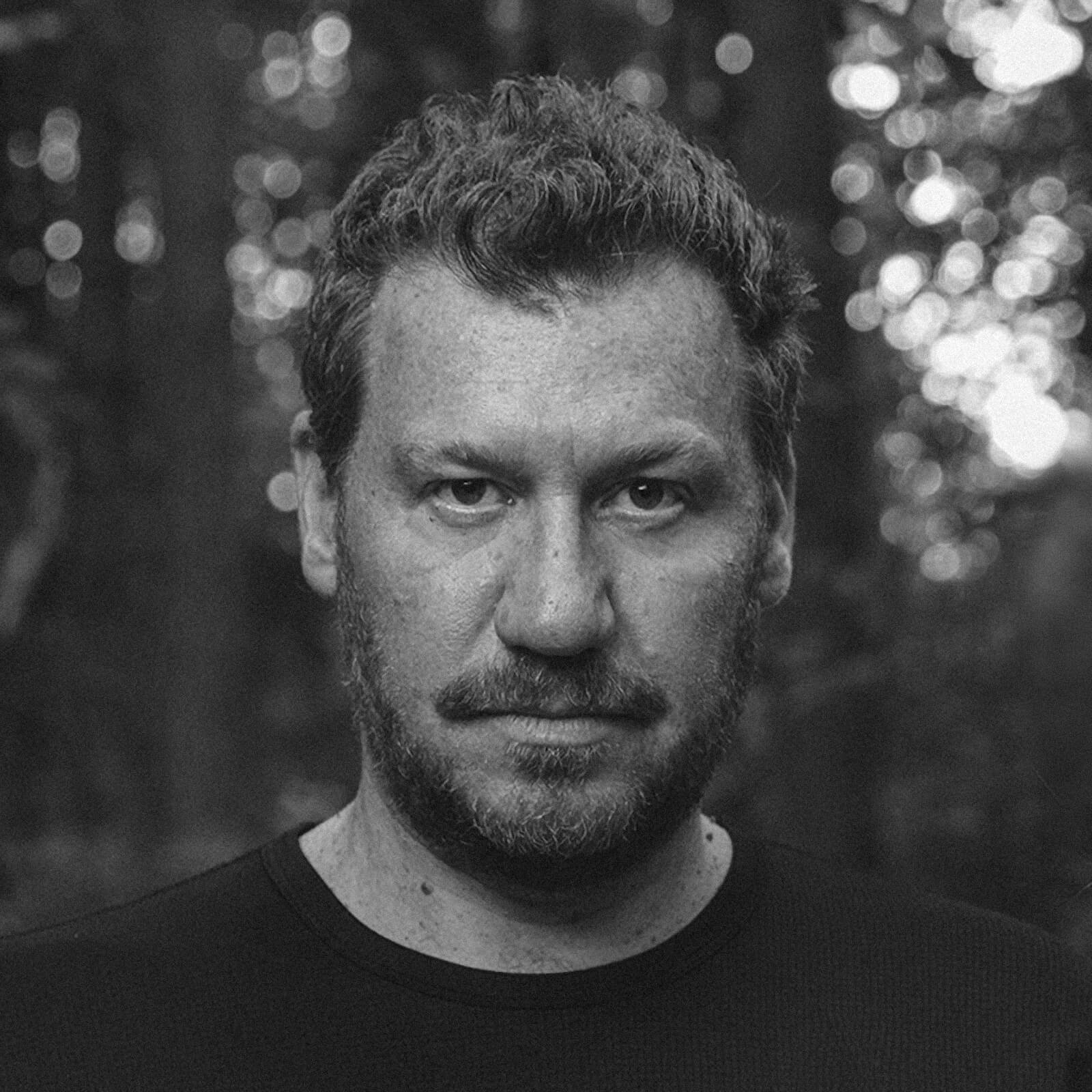 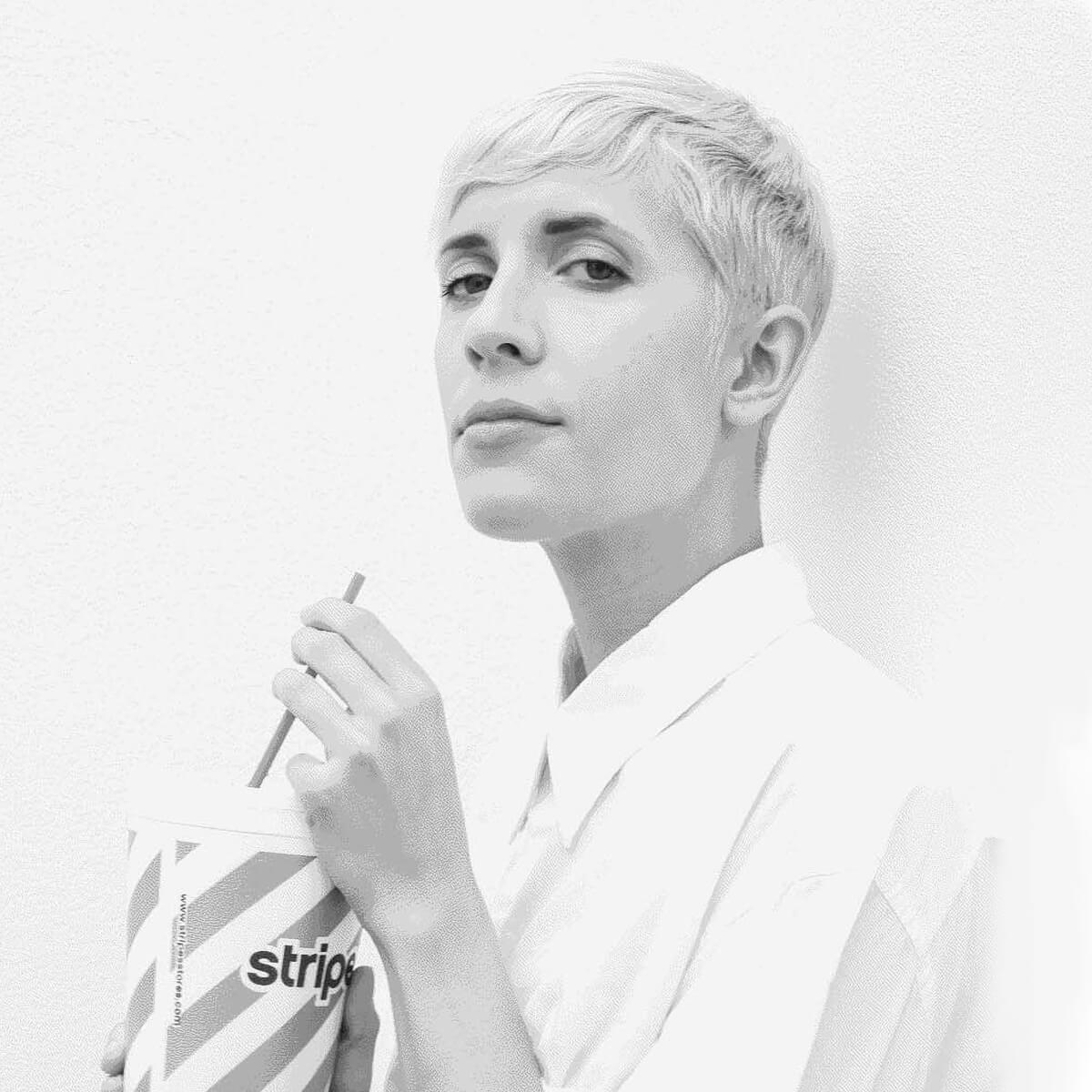