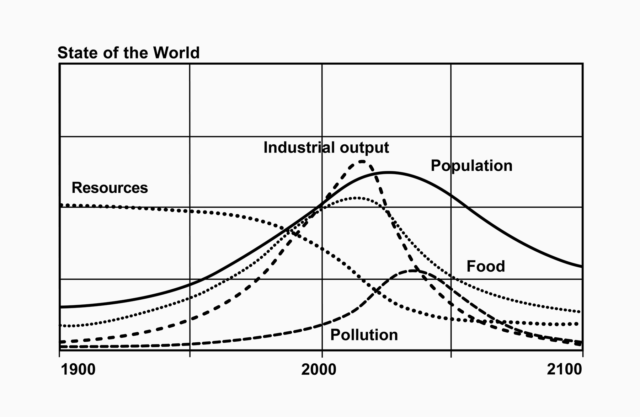 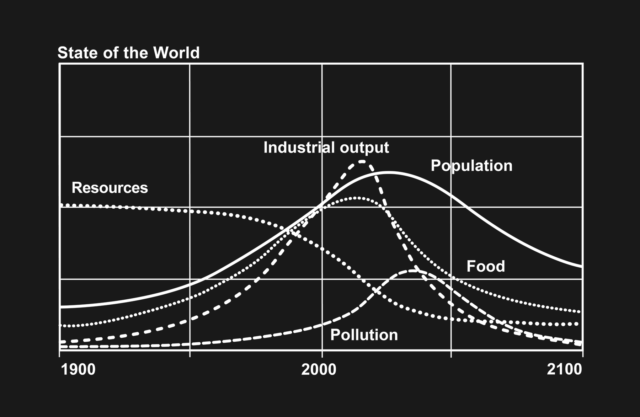 The Limits to Growth is a 1972 report on exponential economic and population growth in a finite world. Commissioned by international think tank the Club of Rome, a team of MIT researchers led by Donella and Dennis Meadows built a computer model called World3 to simulate the interactions between resource consumption, industrial output, population size, food production, and Earth’s ecosystems. After modelling data from 1900-70, the team developed a range of possible scenarios through 2100. On a “business as usual” trajectory (World Model Standard Run), the model predicted “overshoot and collapse”—in the economy, environment, and population—before 2070. Often criticized as doomsday fantasy, a 2014 University of Melbourne research paper found that the report’s forecasts are accurate, 40 years on.

U
We use cookies to ensure that we give you the best experience on our website. If you continue to use this site we will assume that you are happy with it.OKNOPrivacy policy